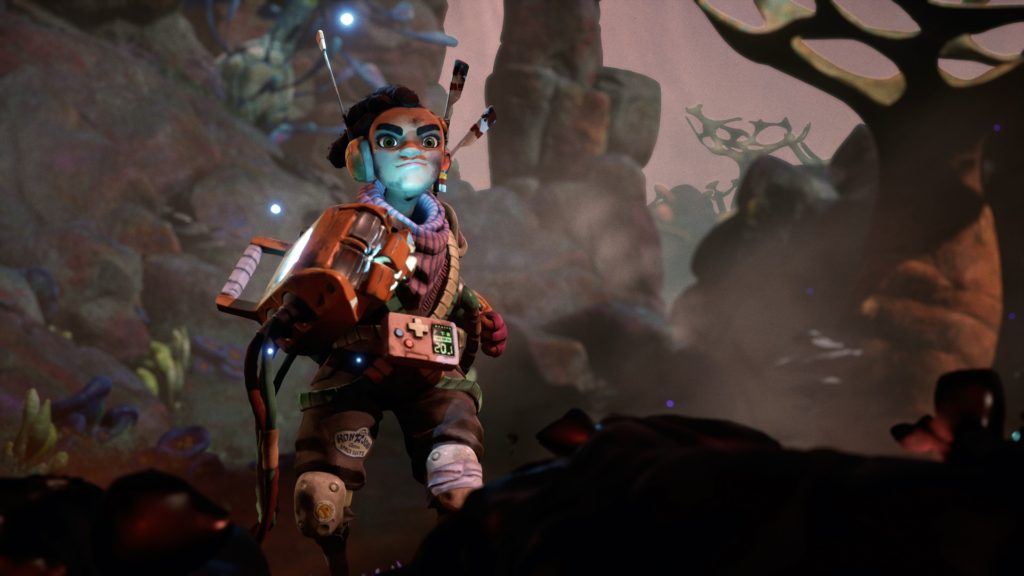 Thunderful Publishing has released a new gameplay trailer for The Gunk, it’s upcoming 3D action adventure. The focus is on actor Fiona Nova, who voices the protagonist Rani. As part of a team of explorers, Rani arrives on the planet with her partner Beck (voiced by Abigail Turner), seeking riches.

Things start going south very quickly as the world is discovered to be covered by a mysterious substance (referred to only as the Gunk). Rani can suck up the Gunk using her Power Glove, thus restoring the landscape to its natural beauty. Interactions between Rani and Beck also define the journey, from humorous exchanges to conflicts.

Though players can save the planet from the Gunk, unraveling the greater mystery of how it got to be this way, there may be some motivation to just harvest its resources and leave. Rani and Beck are in dire straits financially, and this tension is only heightened upon landing. The Gunk releases on December 16th for Xbox One, Xbox Series X/S and PC – it also launches day one on Xbox Game Pass.