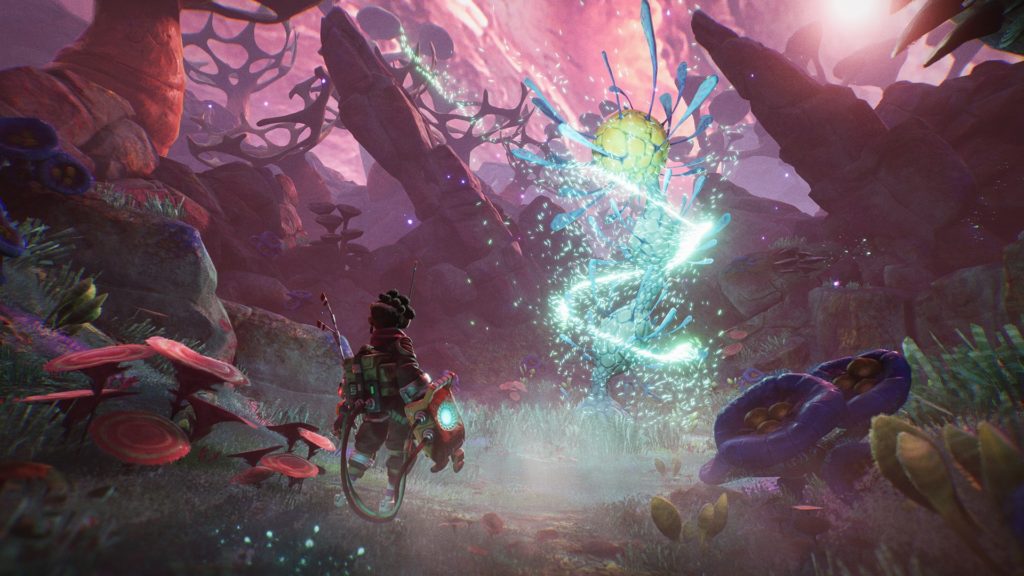 Thunderful Games’ third person action-adventure title The Gunk is one that many have been looking forward to for a while, not just because it’s coming from the people that made the excellent SteamWorld games (which are among the best Metroidvania games you’ll find), but because it’s looked impressive on its own so far as well. Originally set to launch in September this year, following its delay, Thunderful assured that The Gunk would be out before the end of December. Now, a release date has been confirmed.

The Gunk will launch on December 16, which means it’s just a little more than a month away. The game focuses on a duo of outer space explorers who find themselves on a dangerous planet plagued by a corruptive gunk, with the larger gameplay structure focusing on exploration, survival, gathering resources, and crafting.

At launch, The Gunk will be available for Xbox Series X/S, Xbox One, and PC. Last year, game director Ulf Hartelius told us there were no plans at the time to bring the game to PlayStation or Switch. You can read that full interview through here.

Welcome to a vast alien world in The Gunk.

Encounter terrifying enemies and challenging puzzles on your quest to unravel the mystery of a forgotten planet… Can you save it in the process?