Utilizing phantom hands like Shun'ei, Isla serves as his rival and uses more technical combos to overwhelm her opponents. 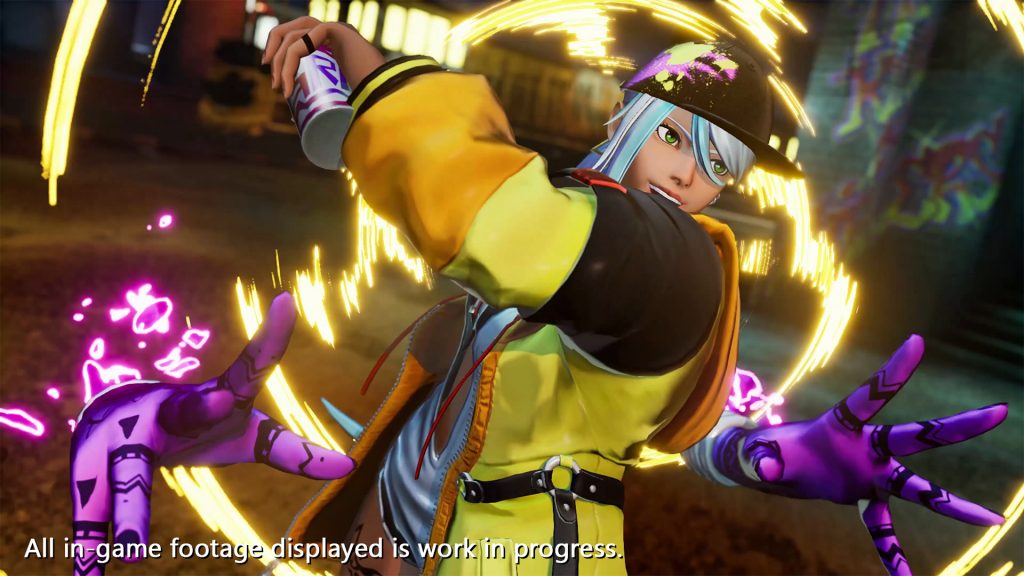 During a special program for The King of Fighters 15 at Tokyo Game Show 2021, SNK revealed a new member of the roster. Isla serves as a rival to protagonist Shun’ei, and also has a pair of phantom hands to aid in attacks while displaying more technical combos. Check out her trailer below.

Isla appears to attack primarily with kicks while the phantom hands are in charge of punching. As a graffiti artist, she also uses spray cans in her Climax Super Special Move before attaching a can to her opponent for some extra flair. What Isla has against Shun’ei isn’t known but SNK has confirmed that they both play a “large part” in the story.

The King of Fighters 15 will feature 39 characters at launch so there are still 9 more reveals to go. Six additional characters, which are divided into two teams, are also in the works and releasing post-launch. The title out on February 17th 2022 for Xbox Series X/S, PS4, PS5 and PC.