Naughty Dog will also add a new difficulty for the single-player campaign. 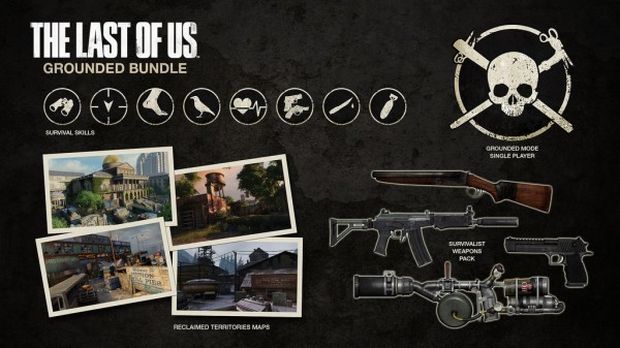 Naughty Dog’s The Last of Us will be receiving one more DLC package titled the Grounded Bundle which will include a new difficulty level for the single-player campaign and four new maps for multiplayer. It will also feature six new Trophies to collect.

The maps come under Reclaimed Territories and include Wharf, Capitol, Coal Mine, and Water Tower. You’ll also have new guns and skills to equip along with a “try before you buy” option. This allows you to try new weapons as part of pre-set loadouts before determining whether to buy them. The new weapons include the Specter, Double Barrel, Enforcer, and Launcher. Two new skill bundles – the Situational Survival Skills and Professional Survival Skills – are also included for those with the Season Pass.

Situational Survival Skills include Agility, Awareness, Fortitude, and Scavenger. Professional Survival Skills Bundle include Gunslinger, Bomb Expert, Executioner, and Damage Marker. For non-Season Pass members, you’ll have the Full Auto Rifle, a fully automatic burst rifle. As part of the Season Pass, the Grounded Bundle will be available till May 13th.

Tagged With: Grounded Bundle, Naughty Dog, ps3, sce, the last of us