Naughty Dog continues to push boundaries with their newest game.

We’re closing in on the end of a console generation here. In a year’s time, the PS5 and the next Xbox will almost certain be on the market. With the massive increase to both graphics and processing capability, gaming is set to evolve in new directions. This is always one of the most interesting times in an existing console’s life cycle. By the end of the generation, developers, especially at first-party studios, have a very clear understanding of the hardware they’re working with.

They can use their accumulated experience to make games truly sing, and deliver outstanding visuals. We saw this back in 2013 with The Last of Us, Naughty Dog’s swan song for the PS3. Now, six years later, it’s the PS4’s time to be put out to pasture. During all the time they’ve spent on Sony’s eighth-gen hardware, Naughty Dog have learned a lot. The Last of Us 2, in its latest trailer, looks absolutely stunning. It’s a step up from Uncharted 4, both in terms of scale and detail. And it’s a remarkable feat for what’s essentially a PC cobbled together from a midrange 2012 GPU and a tablet/netbook reject processor. Today, we’re going to take a look at the latest Last of Us trailer and evaluate the graphics features the game brings to the table in depth.

In the new gameplay footage, we get a closeup shot of Ellie. Two things are evident here: Poly counts are vey high and Naughty Dog has done an excellent job with material rendering.

Ellie being the main character, it’s expected that she’d have a large polygon budget. Nevertheless, we were pleasantly surprised. The curves of Ellies face are organic and there’s ample geometric detail on her clothing too. Naughty Dog’s skin and eye shaders receive special praise–they’re a step up from the great work in Uncharted 4. As Mass Effect: Andromeda demonstrated, it’s tough to implement a great eye shader and small aberrations in the reflective properties of in-game eyes can seriously break immersion. Skin’s done well, too. Subsurface scattering has become a standard feature of late, this, combined with the high quality texture work and high-poly models leads to excellent results in up-close character shots.

During gameplay, the camera pulls out for a wide shot of the town of Jackson, where Ellie’s been living the past four years. We see some interesting things right here. For starters, LOD scaling is generous. Visual elements like dynamic shadows remain in play even at long distances. If you observe the man carrying a crate in the background, you’ll see that his feet still cast shade. The two watchtowers are also interesting here: Both have a lightsource hanging from the roof. The nearer one, to the right side, exhibits light bloom, while the farther one doesn’t. So have a good fifty-plus meters at which dynamic effects kick in. That’s not bad at all. The trees in the extreme background are sprite billboards. However, a subtle depth of field effect helps mask any ugliness arising from this. 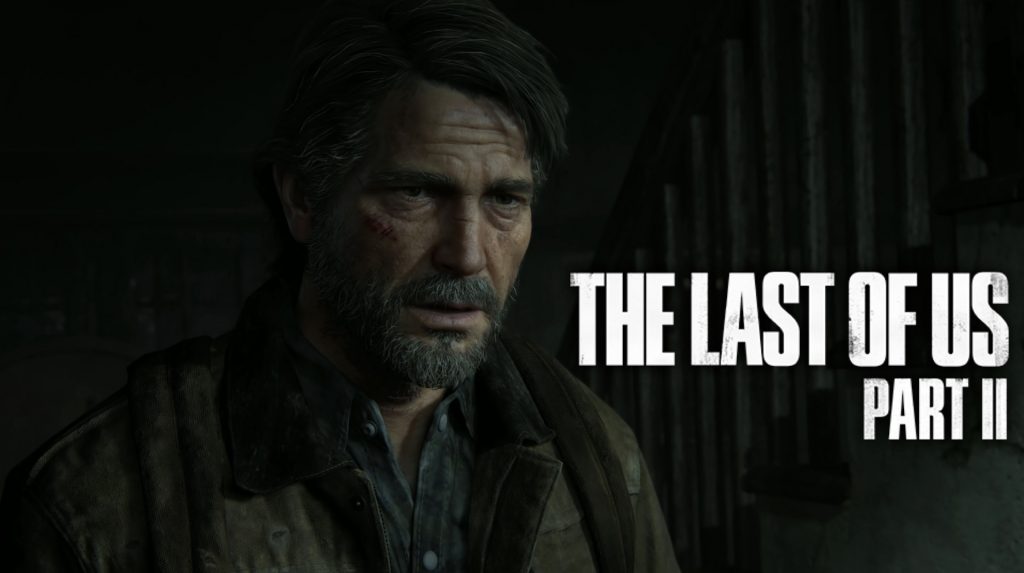 It’s a curious situation since forcing 16x AF on PC incurs almost no performance penalty at all, even on hardware that’s weaker than the consoles. Nevertheless, poor filtering is here and we have to deal with it. The ground’s not a blurry mess up close, though. We see parallax occlusion mapping in effect here. It convincing portrays the churned mud and slush on the road, making it appear as if the surface has real depth.

We also get a good glimpse of both the depth of field and motion blur implementation. As we mentioned earlier, there’s a subtle static depth of field effect that’s employed at range. But close up scenes also benefit. It isn’t the most refined DoF we’ve seen and there’s more than a bit of “smudging,” as you can see on the rider to the left. Motion blur looks great, though. It’s a high quality per-object implementation and it pairs excellently with the games bespoke animation system.

When they revealed The Last of Us 2 last year, Naughty Dog made a lot about the new animation system, termed motion matching. Essentially, the game takes a large bucket of motion capture information and then dynamically generates onscreen animations, based on the path the character’s taking. This mixing and matching means that no two animations end up looking the same. Moreover, the system allows for a much greater sense of groundedness, especially when combined with physics interactions. This is evident a bit later in the trailer when an enemy bursts out from behind a wall. The animation really connects with the physics interaction, instead of seeming incidental to it. 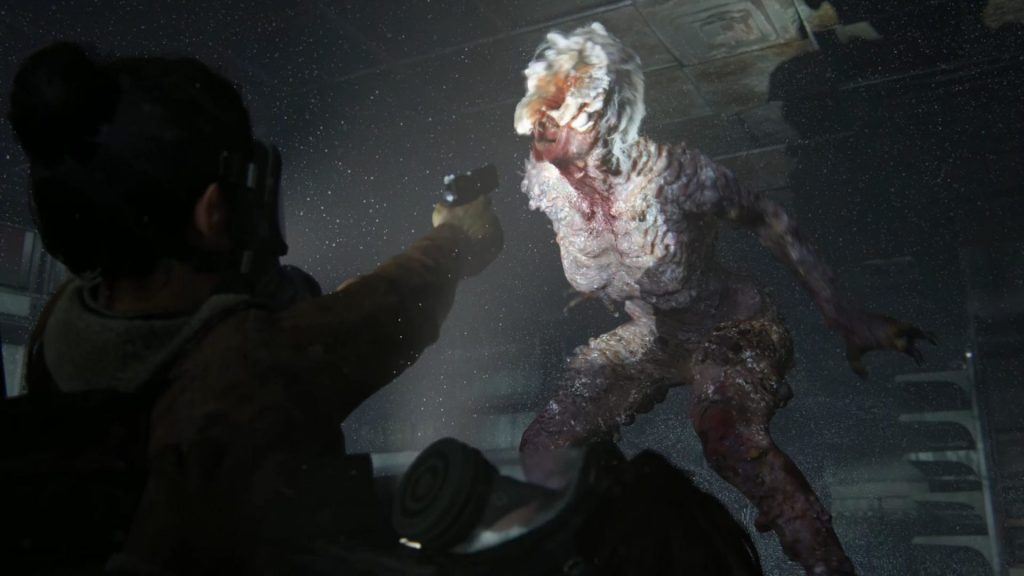 We also see an excellent use of GPU-accelerated particles. The high particle density and the use of volumetrics makes for a very atmospheric addition to the game. Particle volumes also allows for some stunning crepuscular rays, as seen during gameplay.

The first part of the game, much like Gears 5, appears to be set in winter. There are some obvious technical considerations this calls for. Most prominent is this: how does the game handle snow? Snow accumulation and deformation were a bit too much for seventh-gen consoles to handle. The earliest we see this mainstream is in the PC version of Assassin’s Creed III. Even in the eighth-gen, not all games handle snow well. Fortunately, Naughty Dog appears to have been conscious of their setting and made snow rendering a priority.

During the demo, we see volumetric particles representing snow billowing in the air. More interesting is how a bit earlier, the game handles snow deformation. We’re looking at a simple, but effective parallax occlusion implementation here–this is an extension of the static effect seen on the ground in general. It’s nothing as fancy as what Gears 5 does. Moreover, the fact that it’s not mesh-based can be seen in oblique shots. However, this is one of those cases where a judicious cutback in one area pays off in the attention to detail seen elsewhere. Snow accumulation is something that Naughty Dog spoke about in a recently-released technical overview of the demo. From what we see, accumulation on objects is also shader-based. Snow falls on your horse, but it shows up as a flat texture.

In a game with strong horror themes, lighting is a very important element and the Last of Us 2 does not disappoint. The use of global illumination is evident in outdoor shots. Indirect lighting is in place, thanks to ambient occlusion. This is most evident in a shot where there’s a single bright light source in the background. We also see the use of screen-space reflections here. 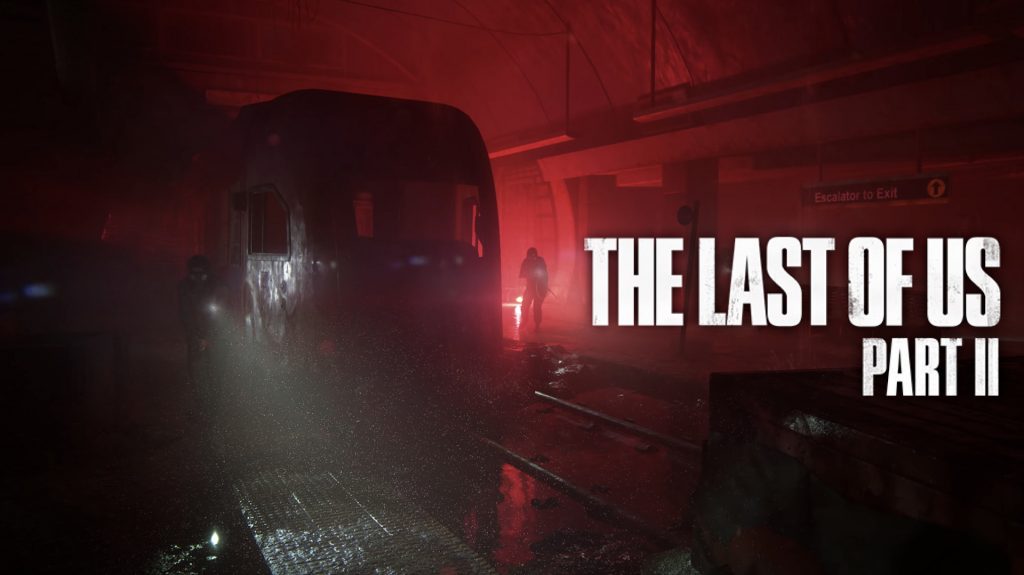 As to texture quality, it goes without saying that the game has some great texture work. With the 4K-oriented PS4 Pro as the platform of choice, high resolution textures are a necessity.

All in all, The Last of Us 2 is a great demonstration of what’s possible from the late-cycle PS4. Naughty Dog has consistently pushed the limit in terms of what’s possible on console hardware. As we get to the ninth-gen, this will be the standard to beat for the new consoles.