The truth is being revealed.

While celebrating Outbreak Day (to commemorate the day the infection broke out in Naughty Dog’s The last of Us), Naughty Dog promised a brand new PS4 theme based on the game would come. And come it has- for $3, you can hop on over to the PSN Store, and download the theme for yourself.

The theme is a dynamic theme, reflecting the media and imagery that has been released of the game so far (mostly the first, and only, trailer we have for it), and is actually fairly pretty, too, if a bit lacking in identifiers that firmly place it as The Last of Us at a glance- but that is what it is.

The Last of Us Part 2, announced last year at PSX, is due to launch exclusively for the PS4 at some point in the future. Meanwhile, if you want this theme, you won’t have to worry too much about hard drive space, because it comes in at a paltry 26mb. Enjoy. 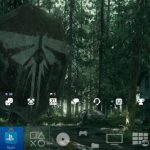 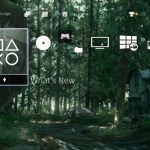