This would have given Resident Evil a run for its money back in the day. 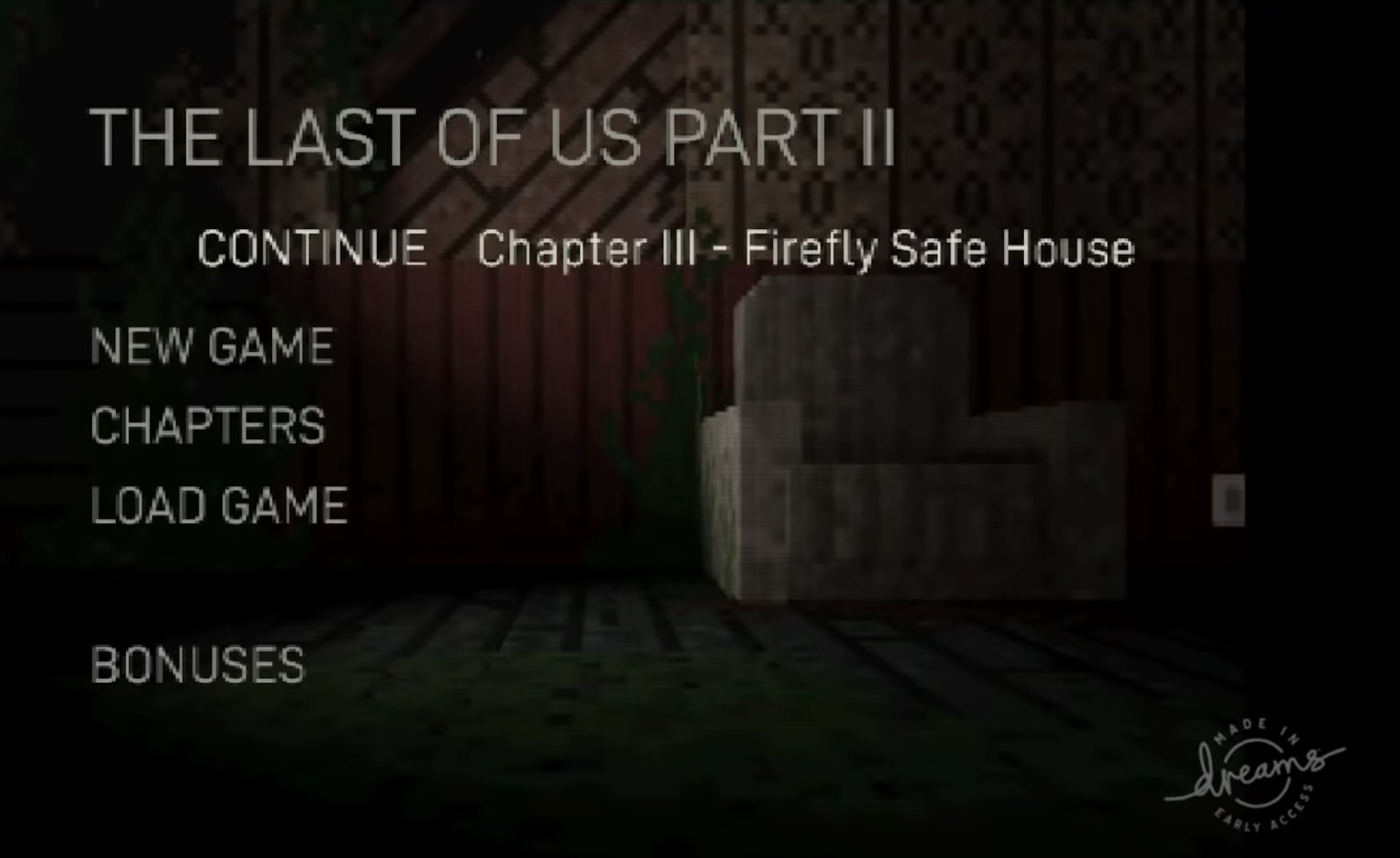 Media Molecule’s creation suite Dreams is a bonkers world that is full of possibilities, and creators within the game have used its vast and extensive toolsets to create all kinds of stuff. Something that’s proven to be popular in recent months is Dreams players using the game’s tools to “demake” upcoming visual behemoths, which essentially sees these games being reimagined as PS1-era titles.

The latest one to receive that treatment is Naughty Dog’s upcoming The Last of Us Part 2, courtesy of Bearly Regal, who has uploaded a video of his demake of the highly anticipated title, made using Dreams’ creation tools. From the pixelated visuals to the sound effects, from the terrible old school Naughty Dog logo to the lighting, it looks incredibly authentic, and is definitely worth a watch- and yet another advert for how much Dreams allows its players to do. Take a look below.

Dreams is out for the PS4 in less than two weeks, on February 14. Meanwhile, fellow first party PS4 exclusive The Last of Us Part 2 isn’t far away, and will be launching on May 29.