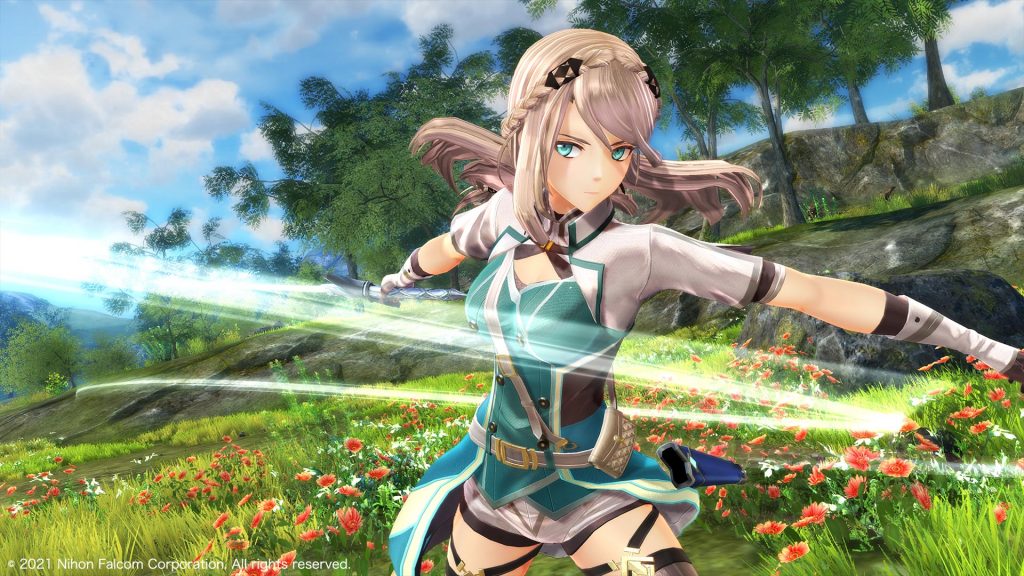 Falcom’s The Legend of Heroes: Kuro no Kiseki is the next major title in the series, venturing to the Calvard Republic and focusing on a brand new character named Van. As reported by Gematsu, the developer has released details on two additional characters that he’ll run into. The first is Elaine Auclair, an A-Rank Bracer who uses a knight sword to fight and is Van’s childhood friend.

There’s also Rene Kincaid, an agent for the Central Intelligence Department who utilizes a military pistol. He’s also a childhood friend of Van’s and the two often leverage each other’s positions for different reasons. Rene is also acquainted with Elaine and was the only one to support her joining the Bracer Guild.

The Law, Gray and Chaos or L.G.C. Alignment System has also been detailed and essentially determines the kinds of allies that Van will have based on his choices. If you stick with law-abiding decisions, like choosing to confess and return things in a quest, then you may find the Bracer Guild on your side (plus characters like Agnes will be happier). Not confessing in the same quest will result in Agnes being displeased but you may be able to work with those who are more on lawless side.

It’s a fairly big change for the series and how it influences one’s playthrough should be interesting to see. The Legend of Heroes: Kuro no Kiseki is out on September 30th in Japan for PS4 and will be coming to PS5 later.