The RPG leads the charge this month for the console game pass.

Microsoft’s Game Pass service is quickly becoming the crown jewel of their gaming empire. The service has seen a steady stable of games come and go, and the latest batch is being lead by the much anticipated RPG from Obsidian Entertainment, but there’s also a good variety of other things coming as well.

This newest rotation of games this go around has quite the variety of titles. The biggest, by far, is The Outer Worlds which will release day and date with the retail release on October 31st. Another day and date release is Afterparty on October 29th, where you play two friends stuck in hell and having to drink the Devil under the table to escape.

Other titles being included is Subnautica, Lonely Moutains: Downhill, Secret Neighbor and Lego Star Wars 3. The games will be added to the service throughout the end of October and beginning of November, so keep your eyes peeled. 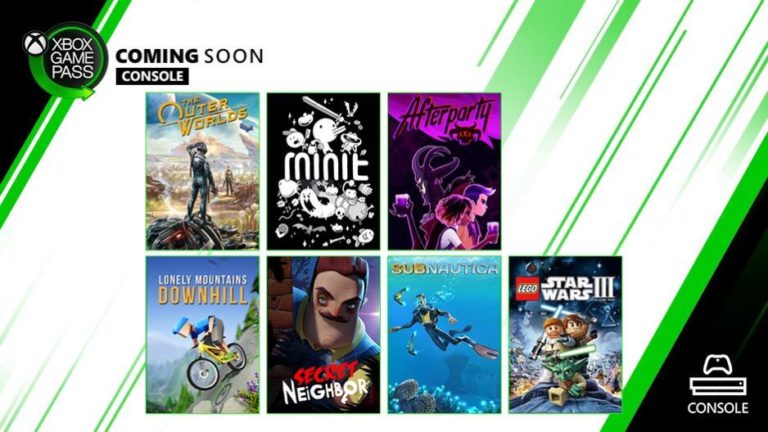