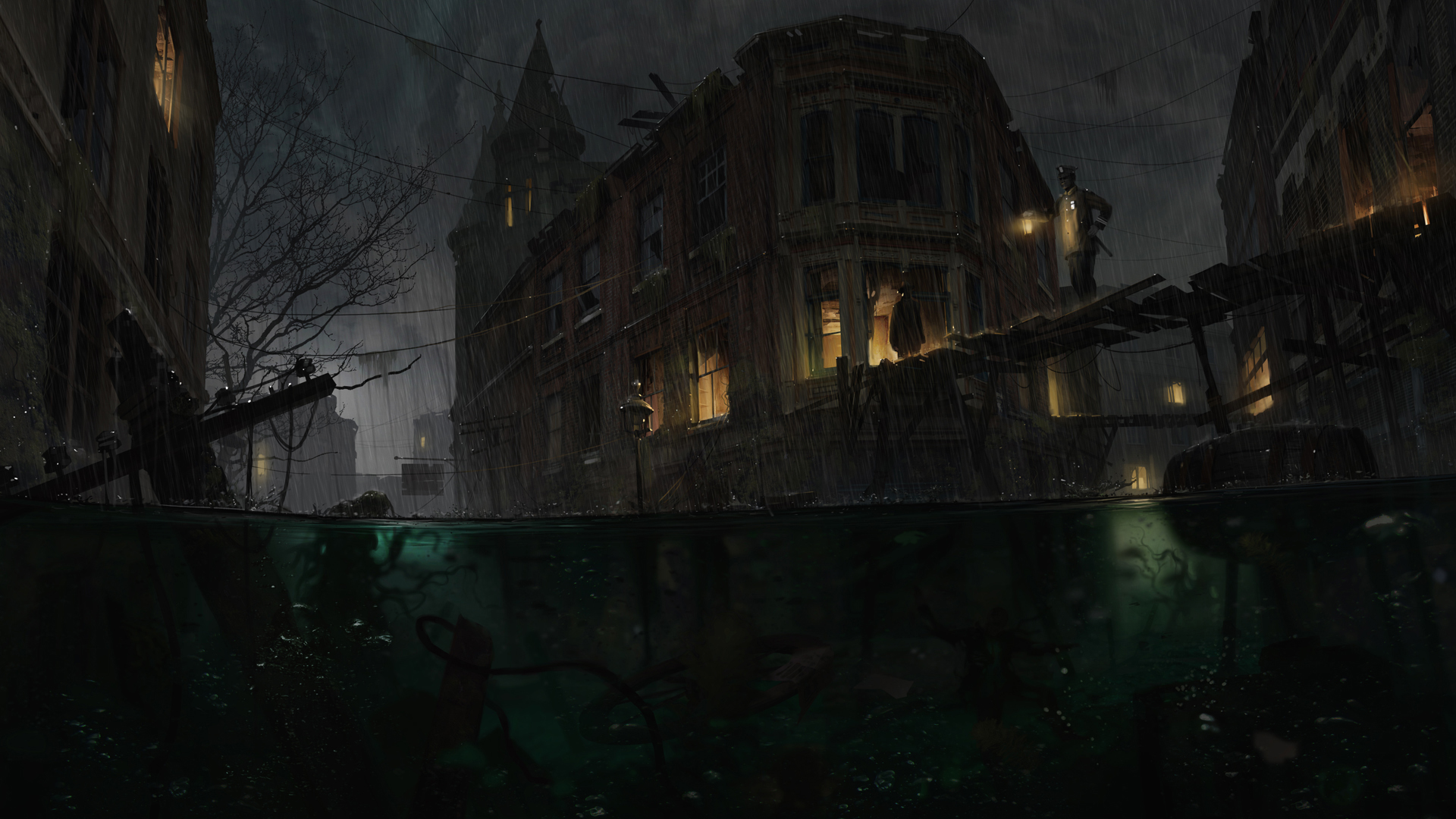 The Lovecraft-inspired game, The Sinking City, from Bigben Interactive and developer Frogwares, got a new trailer today. Previous videos have done much to highlight aspects of the game, particularly the detective element, as you unravel the mysterious circumstances around the flooding in the fictional city of Oakmont. Now though, they’ve chosen to highlight the environments detective Charles Reed will have to trek through.

The trailer, titled “Rotten Reality,” shows off the many places you’ll have to explore as you investigate the bigger mystery of Oakmont. As you can see below, the game drips with atmosphere and dread. Even the ‘normal’ town of Oakmont looks rather decrepit in its own dreary way, to say nothing of the underwater sections and caverns where dark rituals take place. Lovecraft aficionados can spot a lot of things hinting at the greater powers behind the strange events in this little town in Massachusetts.

The Sinking City will release for PlayStation 4, Xbox One, and PC on June 27th. You can check out the various costumes Reed can get, as well as some gameplay footage, while you wait.