Focus Home Interactive has announced its line-up for E3 2018. 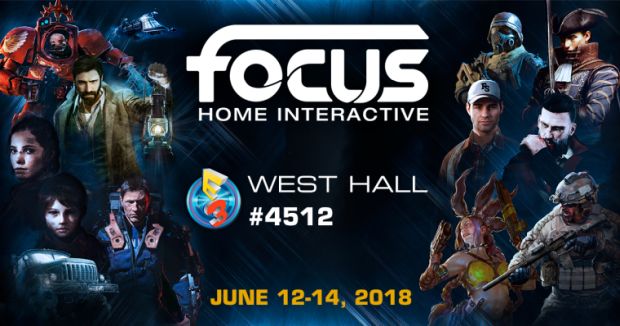 Focus Home Interactive will be present at E3 2018 in a big way. The publisher has announced its booth will be West-Hall #4512 on June 12th to 14th. Along with hands-on demos, there will be closed door presentations for upcoming games.

Some of the upcoming games will include the following major releases:

A hands-off session for Necromunda: Underhive Wars behind closed doors with developer Rogue Factor and Fear the Wolves developer Vostok Games appearing for interviews have also been confirmed.

If that’s not enough, there will be stations for attendees and journalists with the latest releases including Dontnod Entertainment’s Vampyr, Deck 13’s The Surge – Complete Edition and Saber Interactive’s Spintires: MudRunner. Which game are you looking forward to hearing more about at E3 2018? Let us know in the comments below.