The Surge 2 Releasing on September 23rd, As Per Microsoft Store Listing

Pre-order bonuses like the URBN Gear Pack have also been revealed.

Deck13’s The Surge 2, the follow-up to the developer’s sci-fi Souls-like from 2017, seems to have a release date. Publisher Focus Home Interactive hasn’t made an official announcement though. Instead, the release date was spotted on a Microsoft Store Australia listing for Xbox One. The Surge 2 is apparently out on September 23rd at 7:30 PM (which means the same day for North America and Europe).

Pre-ordering the title will net the URBN Gear Pack, a set of cosmetics that includes a full-body URBN armour set, the URBN Judgment Axe, Warren’s Cutter from The Surge, a Skimmer Drone, and a Lootscan.exe Radar Module. You also get a unique online message icon. The game itself costs $89.95, which translates to roughly $62 USD. Expect the price to be closer to the traditional $60 USD when it launches for North America.

The Surge 2 features the same brutal combat as the first game, but will be longer overall. This time around, you crash-land en route to Jericho City and deal with crazed robots, an imposing nanostorm, and soldiers. The Surge 2 will also be coming to PS4 and PC. Xbox One X enhancemenets and HDR10 support can be seen in the Xbox One listing as well. 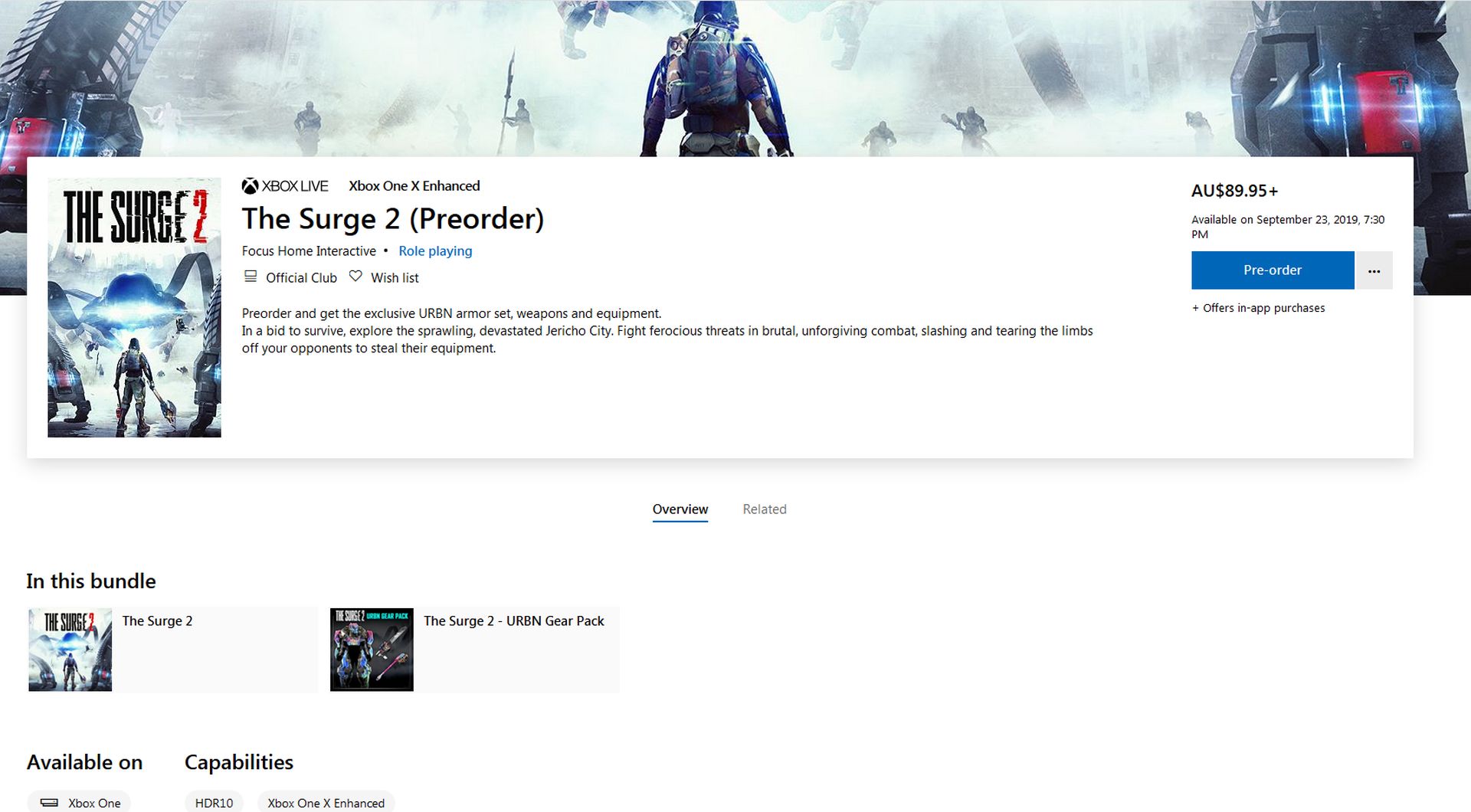 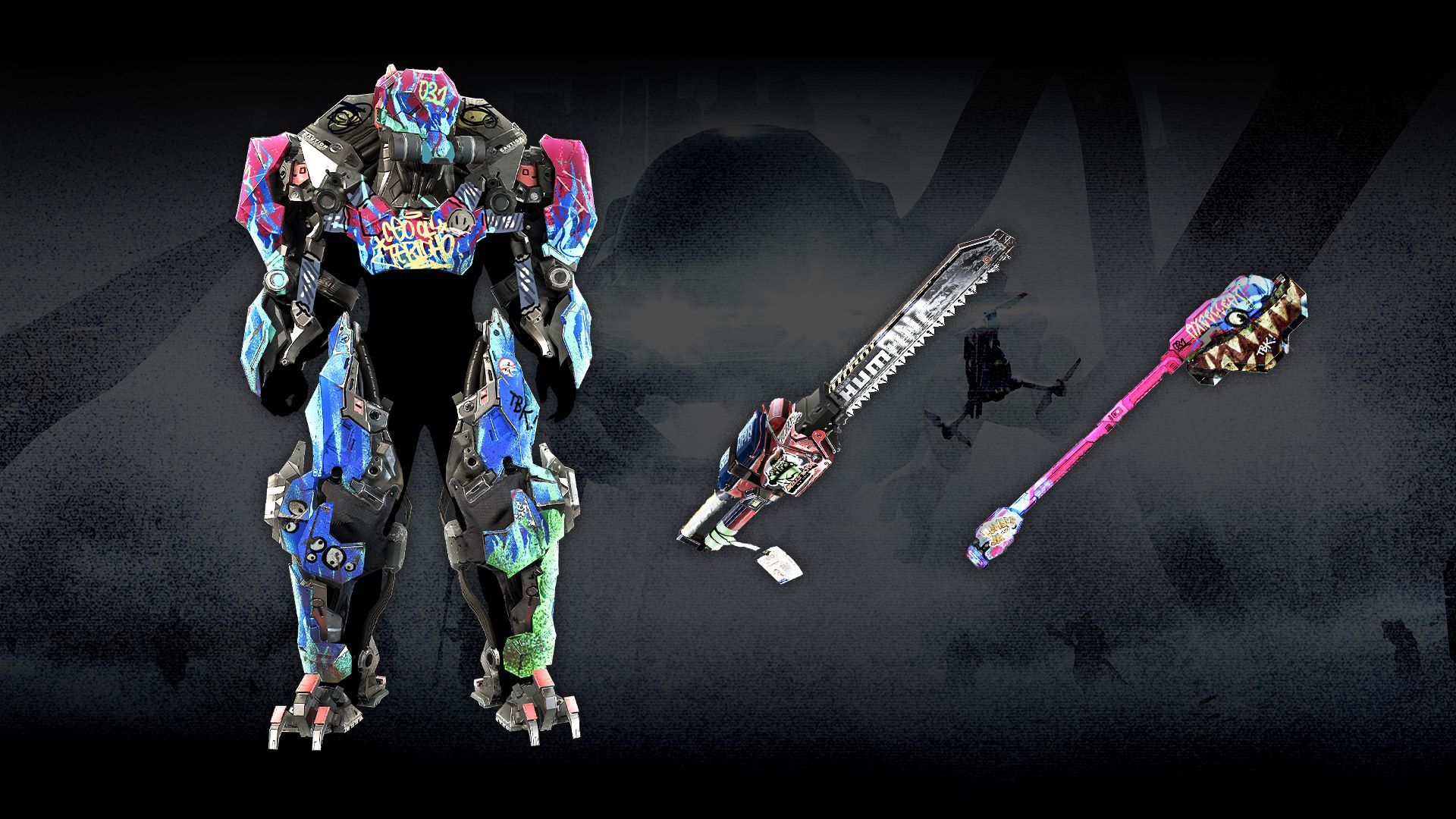