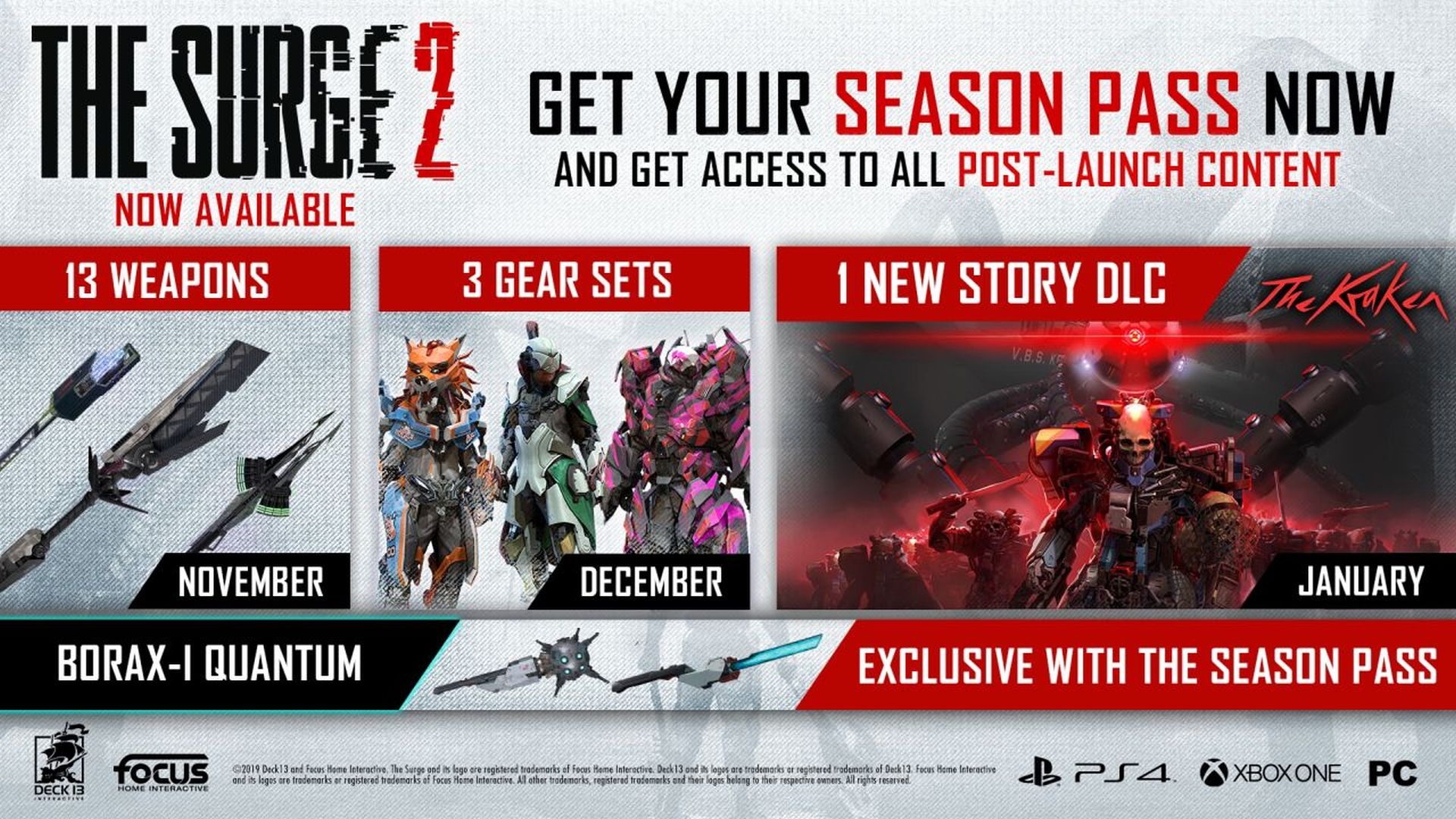 Deck 13’s The Surge 2 is a fairly meaty game and given its Souls-like nature, there’s plenty of replay value to be had. If you crave new content, it’s coming soon with the Season Pass. Currently available to purchase for $19.99 on Xbox One, PS4 and PC, the Season Pass will add new weapons, gear sets and much more over the coming months.

November sees 13 new weapons added to the game while December introduces three new gear sets. January 2020 is when a new story DLC, “The Kraken“, is added. It takes place in a new area and will have more bosses and enemies to fight. Season Pass owners also get the BORAX-I Quantum as an exclusive weapon.

The Surge 2 recently received the Future Shock weapon pack for free which added the Golden Twin Blades, Mangled Articulators Punching Gloves and more. We’ll see how the Season Pass weapons and gear measure up to the game’s current arsenal in the coming months. In the meantime, check out our review of The Surge 2 here.