The VR survival horror shooter will also be available on Steam in February, and is targeting a PS VR launch later in 2023. 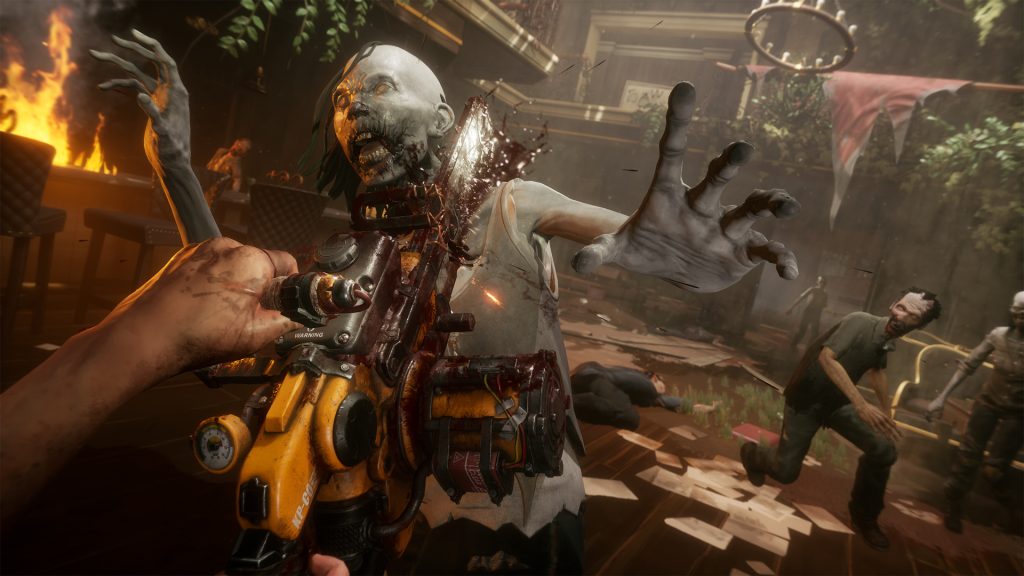 The Walking Dead: Saints and Sinners – Chapter 2: Retribution (boy, that’s a mouthful) is coming out soon, though it will be seeing a staggered launch across different platforms. The game is out today for the Meta Quest 2, while publisher Skydance Interactive had announced that it would also be releasing for PS VR and PS VR2 sometime in 2023. Now, more details on those versions have arrived as well.

Saints and Sinners – Chapter 2 will launch for PS VR2 on March 20, 2023, a month after the next-gen headset’s launch, as confirmed by the publisher to Upload VR. It won’t be available for the original PS VR at the same time though, with Skydance Interactive currently targeting a vague 2023 launch. Meanwhile, on PC, the game will launch for Steam in February.

On PS VR2, multiple editions of the game will be available, as detailed on its PlayStation Store page. The standard edition will include the base game and cost $39.99, while the Payback Edition, which will cost $49.99, will also include several in-game bonuses. There’s also a Chapter 1 and 2 Deluxe Edition, which will include even more in-game bonuses, on top of the full base experience of the original The Walking Dead: Saints and Sinners. You can the full details below.

Stay tuned for more details on the game (and its original PS VR launch date) in the coming weeks.