An in-game screenshot from the episodes menu seems to have revealed the release date.

Skybound Games’ The Walking Dead: The Final Season, formerly in development at Telltale Games before the company’s bankruptcy, recently saw the release of Episode 3: Broken Toys. While the events of Broken Toys are still pretty fresh (no spoilers here, don’t worry), it seems we won’t have to wait long for the fourth episode to wrap things up. According to the episode menu in-game, as per DualShockers, Episode 4: Take Us Back arrives on March 26th.

Take this with some grain of salt, since Skybound Games hasn’t officially announced a release date. It’s even possible that there’s a slight delay in case of other problems, or additional polish required. Regardless, it’s good to know that Clementine’s journey will be coming to an end sooner rather than never.

The Walking Dead: The Final Season is currently available for Xbox One, PS4, PC, and Nintendo Switch. PC players who are picking it up for the first time will have to head to the Epic Games Store for purchasing. If you’re a pre-existing owner of the Season Pass from Steam, though, you’ll still receive the final episode on that platform. 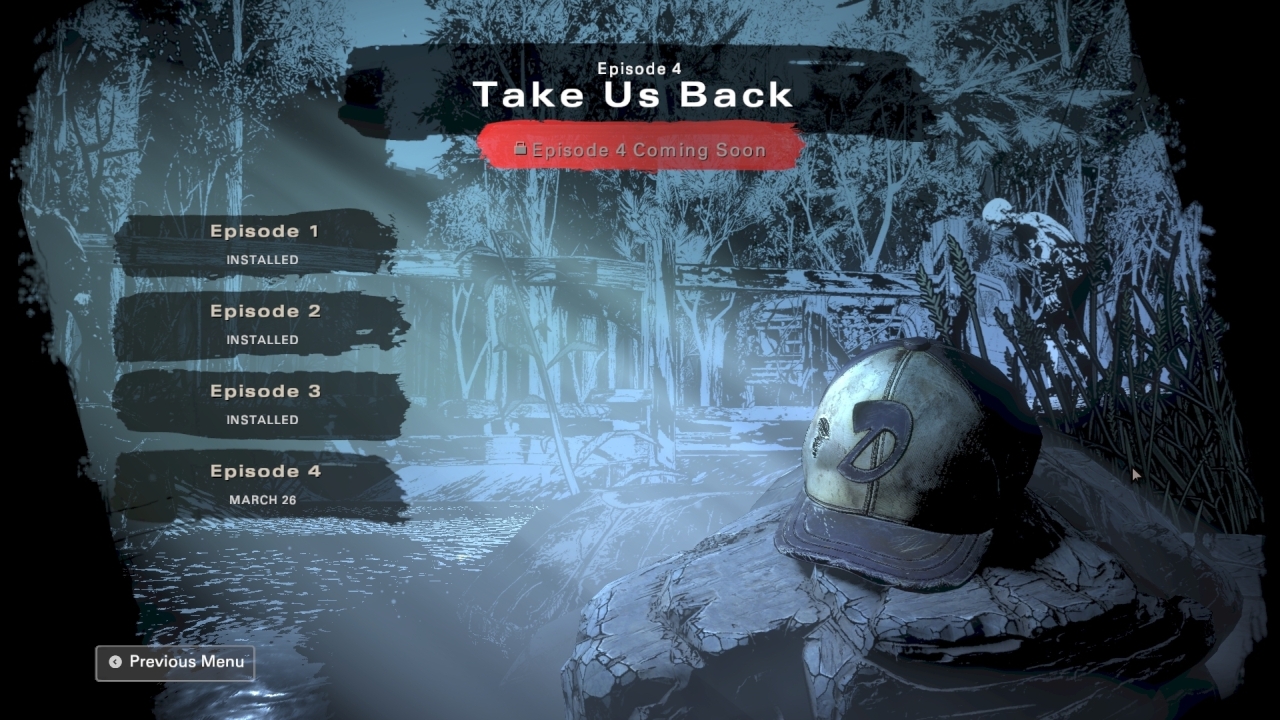