No one was entirely sure what to think when it was announced that The Witcher 3: Wild Hunt would be ported to the Nintendo Switch. The game had always been something of a technical achievement, even back when the current generation of consoles were fresh on the market. But ultimately, CDPR and Saber Interactive managed to do it, and it seems the port paid off big.

As reported by PC Games Insider, CD Projekt RED announced that for the first half of 2020 their revenue increased by an incredible 70% year over year. That translates to zł364m ($97m) in revenue sales, with profit increasing to zł147m ($39.2m). The key driver of this was The Witcher 3 port on Switch. You can see a graph of the spike below. While that was the biggest driver, there was also the new mobile ports of GWENT as well as Thronebreaker also being brought to the Switch.

The Witcher 3 was recently announced to also be coming to the PS5 and Xbox Series X as well, so it’s bound to be the game that keeps on giving, and we know that a fourth Witcher is coming at some point even if it won’t be called The Witcher 4. 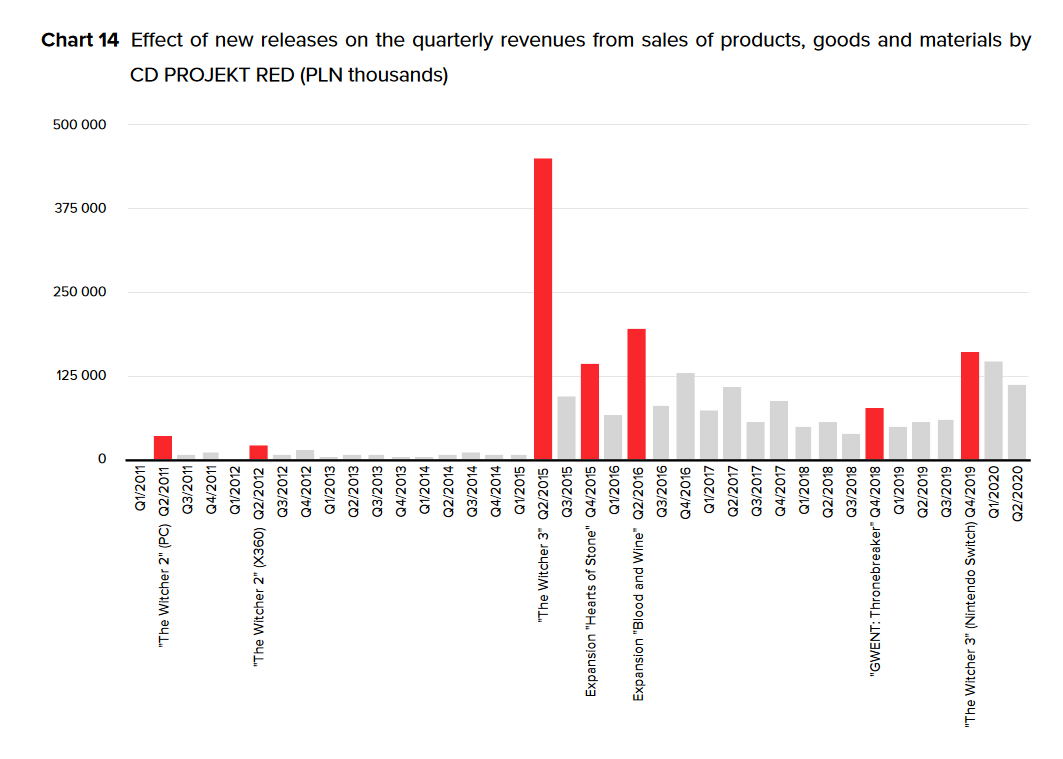