A conversation with the people behind the impossible port.

Posted By Shubhankar Parijat | On 29th, Oct. 2019 Under Article, Interviews

The Witcher 3 on the Switch shouldn’t work- it’s one of the largest, most taxing games ever on a underpowered device. But surprisingly, it does- it works pretty well. It’s the full Witcher 3 experience, and though it has some visual cutbacks, it is, all said and done, nothing short of a miracle. Recently, we sent across some our questions about the port and about the process of working on it to CD Projekt RED- you can read our conversation with Jakub Kutrzuba, DevOps Lead and Release Lead at CD Projekt RED, below.

"There are many people who love the Switch here in CD PROJEKT RED and we really wanted to start working with Nintendo on something. They gave us their full support from the start, and now here we are."

Whose idea was it to port The Witcher 3 to Switch? Did you, CD Projket RED, approach Nintendo, or was it the other way around?

There are many people who love the Switch here in CD PROJEKT RED and we really wanted to start working with Nintendo on something. They gave us their full support from the start, and now here we are.

Given how The Witcher 3 is viewed as a technical showcase for the current generation, what was the internal attitude towards porting the game to a far less technically capable system when the idea was first floated?

We knew there would be compromises and we realized most of them would affect visuals. At the same time, our main goal was to have the same experience on all platforms. Early on, Saber Interactive — who handled execution of the port — presented us with a prototype of our engine running on Switch, so we had a good foundation to work from, but we knew we couldn’t sacrifice (or even simplify) any gameplay or open world mechanics. Ensuring visual parity was also one of the biggest goals, and finding that balance was the key to success. We spent many hours reviewing the game with art directors and leads before we were happy with it.

You are one of the first major games to use a 32GB cartridge for retail distribution. Why did you choose to do this, and not go the download route every other game on the market does?

That decision comes from our philosophy to always provide players with the best possible experience. We believe the physical version should allow immediate play, with no additional downloads needed. Portability is one of the biggest advantages of the Switch, so we wanted to make sure players are not limited by anything, including internet access. 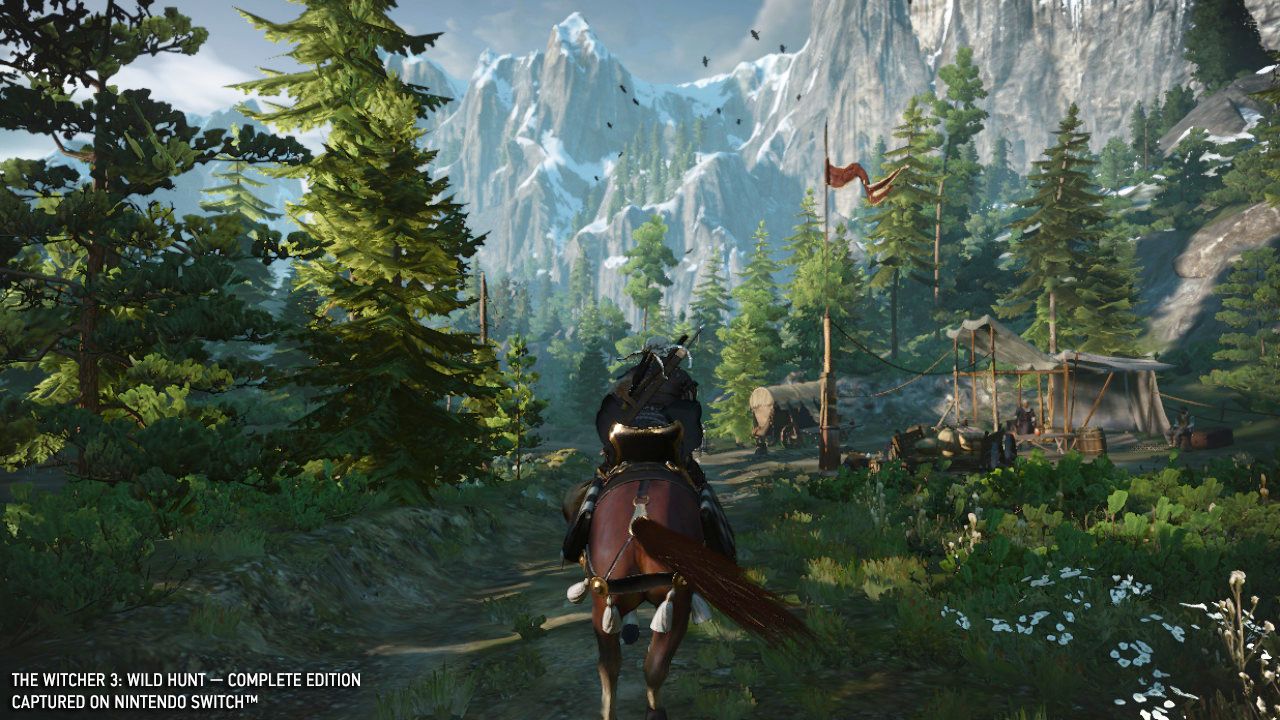 "Nintendo has been of great help to us since the very beginning. During development we had an open line with both their business and engineering teams, so we could get immediate support as and when needed."

How much help did you get from Nintendo as part of this porting process?

Nintendo has been of great help to us since the very beginning. During development we had an open line with both their business and engineering teams, so we could get immediate support as and when needed. No one who knows this console better than platform engineers, so we’re very grateful we could work together with them on profiling and optimization.

What would you say was the biggest challenge in terms of porting the game?

The port as a whole was a pretty big challenge, as we never expected to bring The Witcher 3 to a new platform aside of PC, PS4 and Xbox One. We had to optimize almost every system — and recreate some of them from scratch — to make sure we could fit. Memory consumption is a good example of this, as we had to reduce it almost by half.

Switch owners are weaned to a diet of open world fantasy games, thanks to titles like Breath of the Wild and Skyrim. What would you say to those of them who have played those games and will be picking up The Witcher 3 for the first time?

When it was first released, The Witcher 3 was acclaimed for its mature themes and storyline — as well as its huge open world. It’s a massive, layered RPG, and being able to play it on the go is the perfect chance for new players to get the whole AAA experience.