The World Ends With You Live Remix: Beat the Reaper’s Game, Fight Erasure

Square-Enix's GREE based social game mixes in elements of the real world. 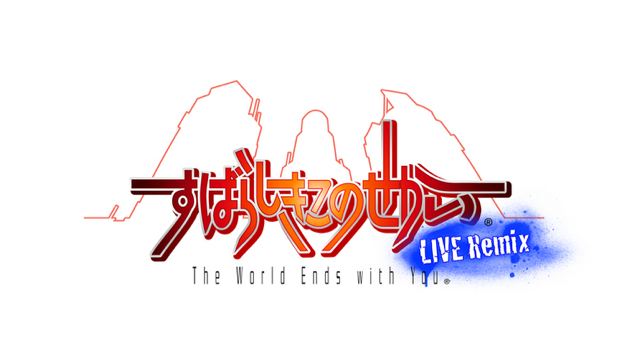 Some one at Square-Enix must have finally wizened up. Not only did we get an adaptation of The World Ends With You for iPad (dubbed “Solo Remix”) but a new GREE game, which will be coming to Android and iOS sooner, has also been announced. More details coming out indicate that the game will incorporate team play more than anything, as a team of 20 players will work together to outscore another team of 20 players by defeating Noise Leaders and racking up the scores. This weekly Reaper Game is only one of the more dynamic parts about the game.

Thankfully, the control scheme will be very much like the Nintendo DS game with players tapping and sliding across the screen, after selecting different pins, to unleash powerful attacks when combating Noise. To cash in on the F2P craze, you’ll be able to obtain more pins by either collecting them within the game or buying compugacha tickets with real money/ A navigator named Koko Atarashi has also been put into place to assist players.

Not the full-blown sequel we expected, but it’s a step in the right direction for quality games from Square-Enix.