Posted By Rashid Sayed | On 03rd, Mar. 2014 Under Contests | Follow This Author @GamingBoltTweet 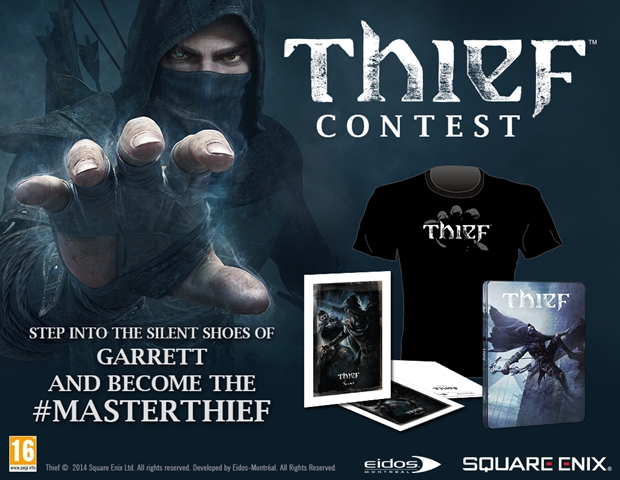 Courtesy of E-xpress Games and Square Enix, you now stand a chance to win some awesome merchandise for Thief. As depicted in the image above you can win a free t-shirt, art works and metallic box art. We have 3 Game T-shirts + 3 Thief official Lithographs + 3 Thief Metal Case to give away!

Just answer the following questions in the comments sections below:

When did the last game in the Thief Series come out?

Which group is an ancient sect of expert observers?

Who is Garrett’s nearest thing to a friend?

What is Garrett also known as?

Which eye of Garrett is green?

Which actor’s voice is used for Garrett?

Who are the publishers of the latest version of Thief?

Which engine is used in Thief?

Additionally you can pre-order Thief using this link.