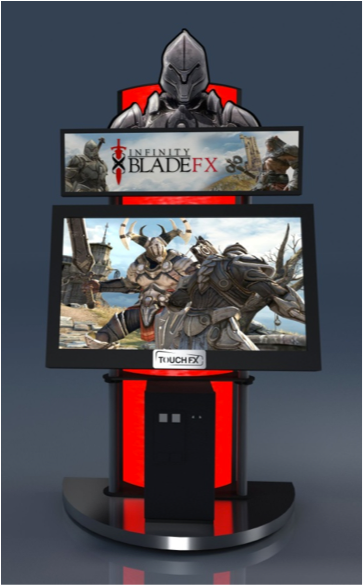 Drool worthy isn’t it. Well, this arcade cabinet is playable around 57 Dave & Buster’s restaurants in the US this October. It is called Infinity Blade FX and features a 46inch monitor in the middle. Oh, and it is huge.

The game was really popular and was downloaded by a lot of people. It’s one of the iOS games that were kind of expensive but were received well by the gamers and critics.

Epic recently announced a sequel to the game called Infinity Blade 2, d’uh. “With Infinity Blade 2, we’re pushing the boundaries of everything achieved to date and adding a ton of new content and unique new features to create the must-have gaming experience on iOS,” said Chair creative director Donald Mustard.

Tell us what you think in the comments section below. Does the arcade cabinet look awesome? Let us know.