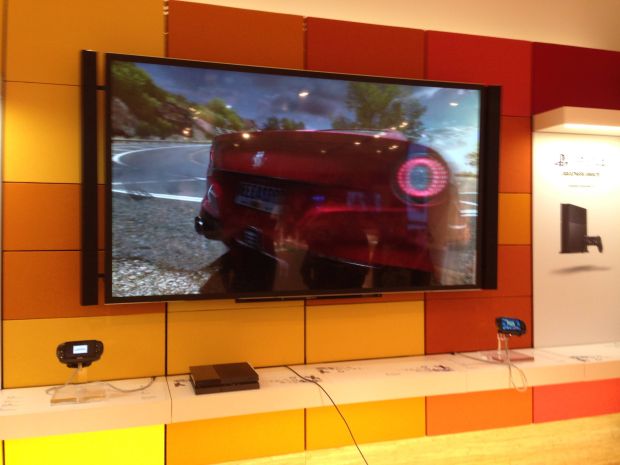 We’ve often heard about the future of gaming – how Sony would be interested in gaming on resolutions up to 4K, for instance, but the implementation is a ways off. Nevertheless, ever wonder what the PlayStation 4 would look like with a 4K TV set up? Check it out above.

The console is capable of resolutions up to 1080p, and though it can play movies at a 4K resolution, it’s not capable of outputting games to the game. Considering the insane amounts of detail that next-gen games will be packing, it’s still interesting to see the console upscale to 4K though.

The PlayStation 4 is currently slated to release in North America on November 15th and in Europe on November 29th. Meanwhile, 4K TVs are available but would cost more than all your arms and all your legs (and maybe an iPhone 5S) to afford. Stay tuned for more as the PS4’s launch comes closer.