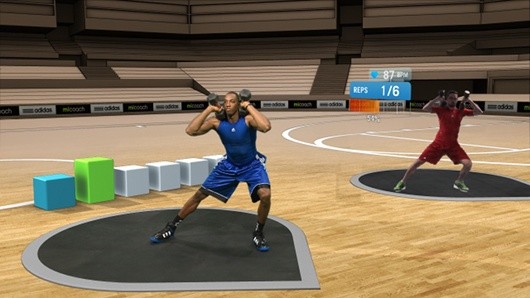 THQ are apparently teaming up with Adidas to launch their miCoach training system for xbox 360 and ps3.

The game features “the world’s most well-known adidas athletes, including Dwight Howard, Kaká, Tyson Gay, Jessica Ennis, Ana Ivanovi and Eric Berry,” who will be on call to help players train via their motion controlled platform of choice.

According to the press release “Users will also receive real-time feedback on their actual in-game performance during their workouts when wearing a miCoach heart rate monitor (or any ANT+ compatible monitor).”

Players can also “wirelessly synchronize a miCoach Pacer and miCoach mobile app to Kinect for Xbox 360 or PlayStation Move, incorporating workout data gathered while away from the game.”

Sounds like a comprehensive and intriguing take on the exercise game, but only time will tell if the results will show.