A mountain stronghold with a new boss (who gains new forms over the coming weeks), new Legendaries, and new cosmetics await. 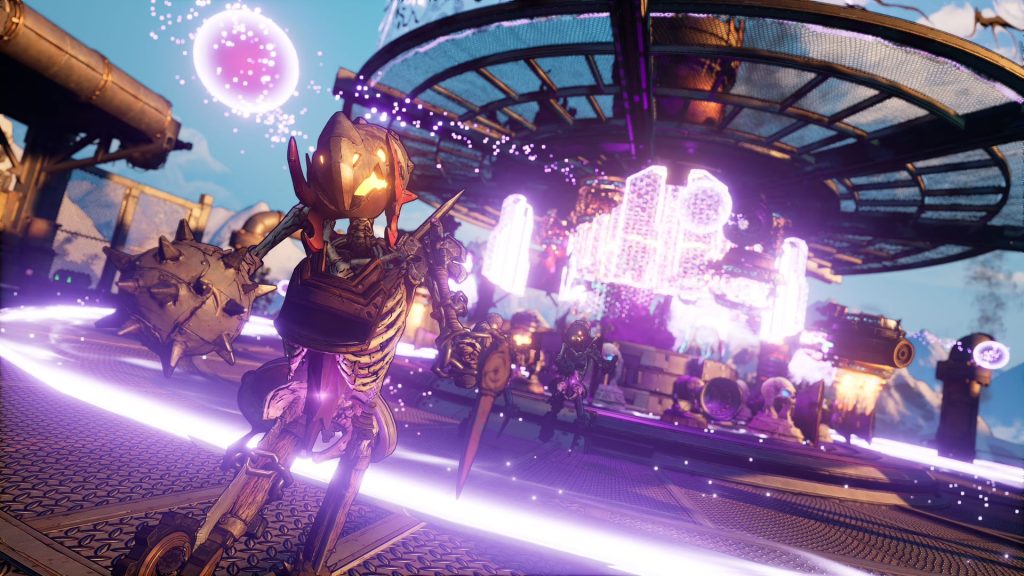 Ahead of the Steam launch of Tiny Tina’s Wonderlands, the looter shooter’s third Mirror of Mystery, Molten Mirrors, is now live. It sees the Fatemaker venturing to a fortified mountain stronghold and taking on Fyodor the Soul Warden. Check out the launch trailer below.

Enemies in Molten Mirrors start at level 13 and scale to the player’s level beyond that. Defeating Fyodor the first time unlocks the Stab-O-Matic gun, Lovestruck Beau spell, Protagonizer amulet, and melee weapons like the Greed Warden and Petty Tantrum. These can be earned from Vesper’s Wheel of Fate using Lost Souls.

With each subsequent week, Fyodor will take on new forms with new Legendary loot becoming available. On June 30th, the Smithy’s Ire spell can be unlocked; July 7th adds the Tyrant’s Truth armor; July 14th introduces the Echoing Phoenix gun. Players can also unlock new cosmetics as random drops from enemies in the DLC or the Wheel of Fate.

Defeating Fyodor also adds the level layouts and boss fight to the Chaos Chambers, further mixing up one’s endgame runs. Molten Mirrors can either be purchased standalone or with the Season Pass. Stay tuned for more details on the fourth and final Mirror of Mystery, which adds the new Blightcaller class.