New types of loot like amulets and rings along with customization options like skin types, tattoos, makeup and different voice personalities have been revealed. 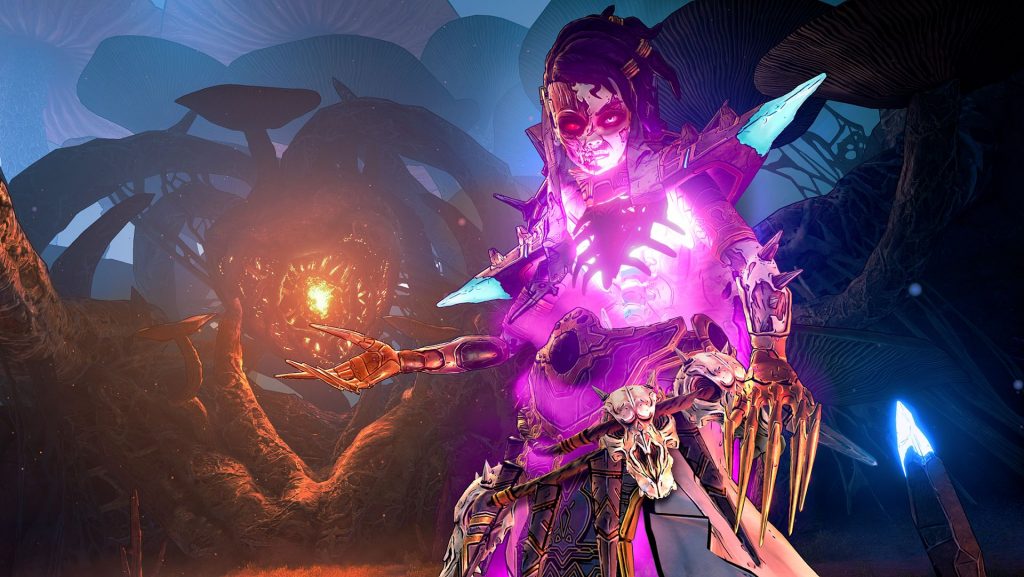 Though it may feature Borderlands’ Tiny Tina and serve as a follow-up to Borderlands 2: Tiny Tina’s Assault on Dragon Keep, Tiny Tina’s Wonderlands is a fairly different game. Embracing more RPG elements like an overworld, random encounters, spells, character classes and much more, there will be quite a lot for fans to dig into. Eurogamer recently spoke to creative director Matt Cox, art director Adam May, and senior level designer Gabriel Robitaille, and received details on several gameplay features like loot.

Much like the guns in Borderlands, loot in Wonderlands will be procedurally generated. “We wanted to have the same procedural tech that drives our guns also drive our spell books and our melee weapons, and to some degree, our armour as well. So, it’s made up of a bunch of different pieces that can all get mixed and matched together depending on rarity. And they all roll very similarly to guns. So, it was very important to us that the types of loot that people are used to in our brand of game aren’t just like little orbs of something, it’s actually loot that you find, that rolls with different parts,” said Cox.

May further noted that there’s several different types of new loot like amulets and rings along with “a whole armour gear set for characters that we call armour, but it’s actually not technically like armour, it’s more like a cosmetic effect that holds extra perks for your character classes.” This is all on top of the character creation options. Like previous titles, you can expect skins and different heads with trippy options like gold skin, glowing skin and diamond skin for your character. If you want to make Orcs, dragon-people, mermen/mermaids and so on, removing an eye or increasing it, selecting different tattoos, makeup and hair, then have it.