Frontier Defense is making a great return on July 25th. 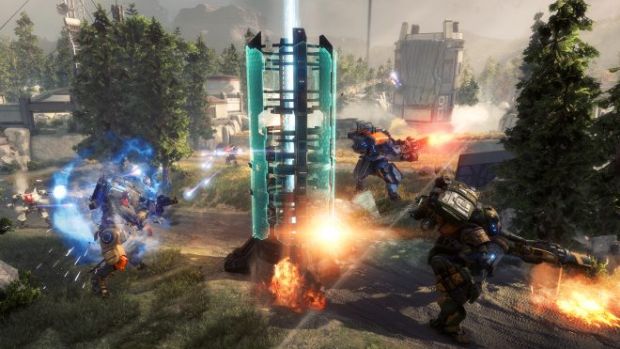 It was only a matter of time before Respawn Entertainment added Frontier Defense, the four player co-op Horde mode from the first Titanfall, into Titanfall 2. But come next week and Operation Frontier Shield will bring the mode back, completely free.

Much like in the first game, Frontier Defense will see players battling waves of AI Grunts, Reapers, Stalkers and Titans to protect a Harvester. Players can utilize various tools like sentry turrets, Arc Traps and much more by spending the money obtained between waves. A new feature added this time is Aegis Ranks, which allow you unlock upgrades for your Titans. This is only for Frontier Defense though.

The mode will support five maps in the beginning – Homestead, Forwardbase Kodai, War Games, Rise and Blackwater Canal – and includes three difficulty levels along with an “Insane” mode. Furthermore, this update will include Rise, a revamped map from Titanfall, and Township, a new map for Live Fire. Operation Frontier Defense will go live on July 25th so stay tuned for more details in the meantime.