Players will notice scant visual differences (in pictures, that is). 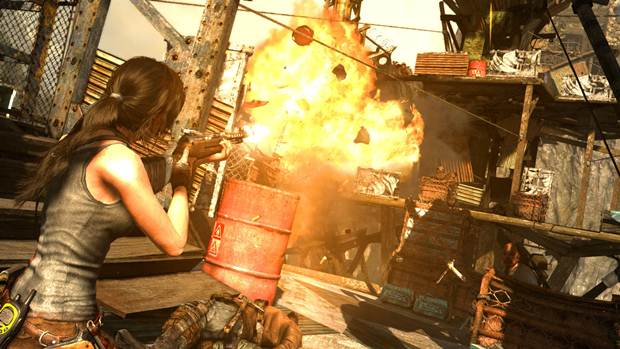 Visual comparisons have been on-going between the Xbox One and PS4 versions of Tomb Raider: Definitive Edition. It doesn’t help that the PS4 version was outed to be 60 FPS while the Xbox One version was rumoured to be capped at 30 FPS – a fact latter confirmed in frame rate tests. Nonetheless, both games run at 1080p resolution and as Square Enix states, the assets in both are the same.

“Both Xbox One and PS4 gameplay run at native 1080p. The assets from one platform to the other are the same as all source assets were shared 1:1 (textures, models, particles, etc.),” a representative said to Videogamer.

It’s easy to see why the visuals are such a big focus though, the console war notwithstanding – after all, aside from spiffy new graphics and a redesigned Lara, what other reason is there for the Definitive Edition’s existence? Let us know your thoughts on the visuals and whether you’ll be picking up the game for either PS4 or Xbox One in the comments.