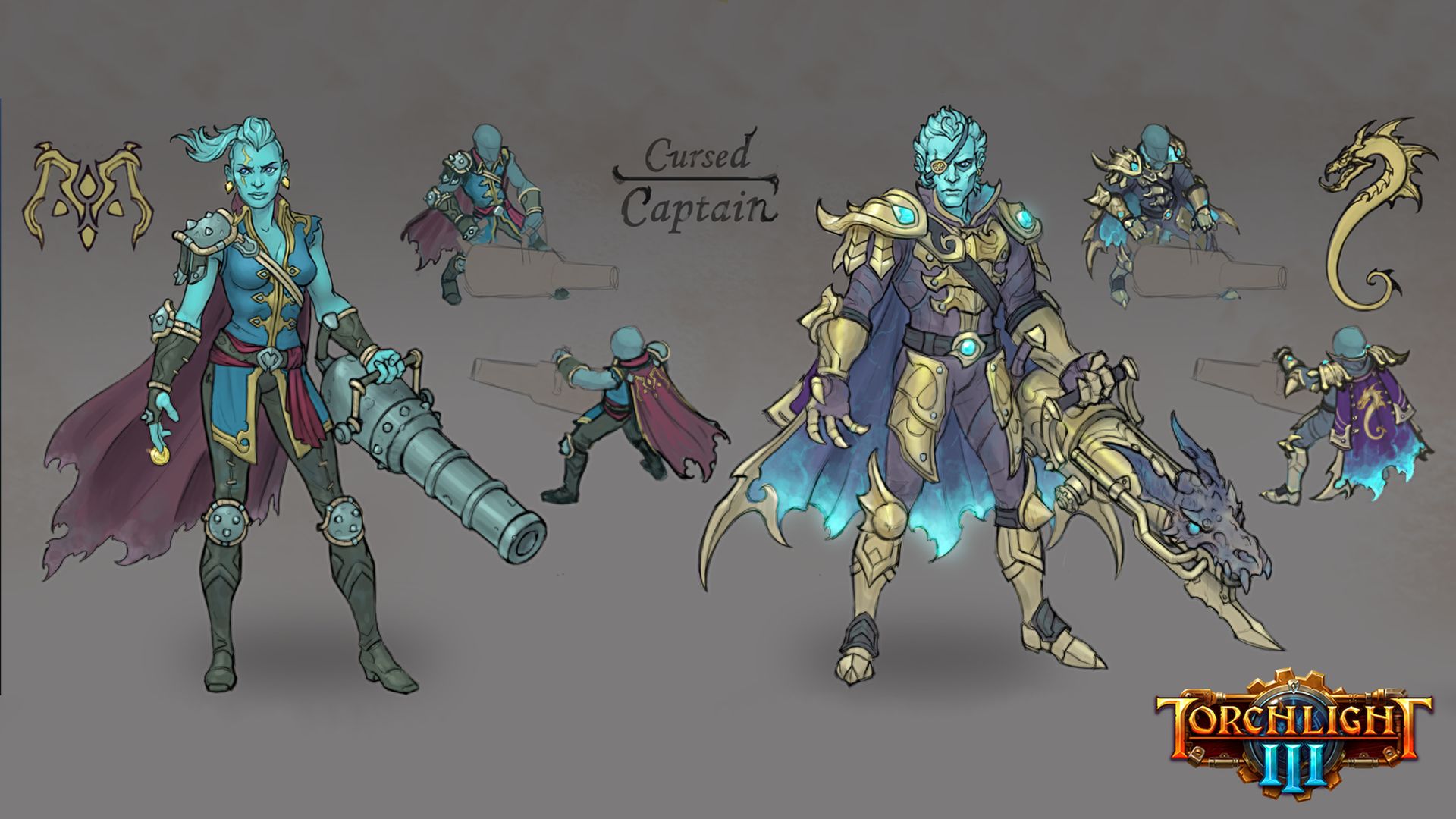 Echtra Games is working on a new action RPG with NaturalMotion but support for Torchlight 3 is far from over. The developer announced new updates and patches for the title, starting with a new class. The Cursed Captain serves as a Summoner class and can summon ghost pirates to fight alongside it.

Said pirates include Riflemen, the First Mate, Cannoneers and more with players able to command them to utilize additional skills or focus on a single target. The Cursed Captain also gets a class-specific weapon with the Cannon and capes as a class-specific armor. Of course, if you’re keen on playing the Captain without summons, you can simply use Doubloons (its combat resource) as ammo or bring the entire flagship to a battle.

Other updates coming to Torchlight 3 include forty new pets and variants with four new species; changes to the Pet UI  to make them easier to manage and sort; and more slots. Along with the Cursed Captain, new dyes, pets and fort decorations will be coming in the Fur and Fashion contract update. Finally, an option to reset one’s instance is also inbound, allowing players to farm in an instance without having to wait for its timer to reset.

The Cursed Captain is coming to Torchlight 3 in Spring. Stay tuned for more details on it in the coming days.