Total War: Warhammer 3 will be available via the service day and date at launch, with others like Madden NFL 22 and Alice: Madness Returns also added to the catalog. 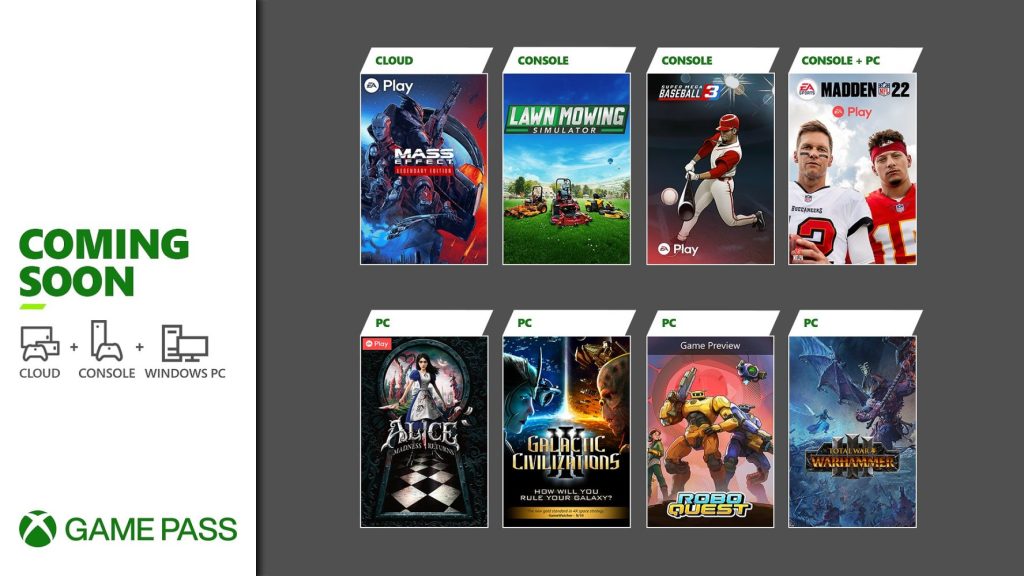 Having already added several new games to the ever-growing Game Pass library earlier this month, Microsoft is coming in with another mid-month drop soon, and there are some pretty interesting games coming to the service across PC, cloud, and console, and has announced that those are going to be.

For starters, Mass Effect: Legendary Edition, which has been available on Xbox Game Pass and PC Game Pass for some time, is now available via Game Pass for cloud as well. Meanwhile, February 17 will also bring a number of major additions, most notably with Sega and Creative Assembly’s Total War: Warhammer 3 coming to the service day and date on PC at launch. Lawn Mowing Simulator (on Xbox One) and Madden NFL 22 (console and PC) will also be added on the same day.

The games that are about to leave the Game Pass library soon as Titanfall, Hypnospace Outlaw, Killer Queen Black, Stealth Inc 2, and Touhou Luna Nights.