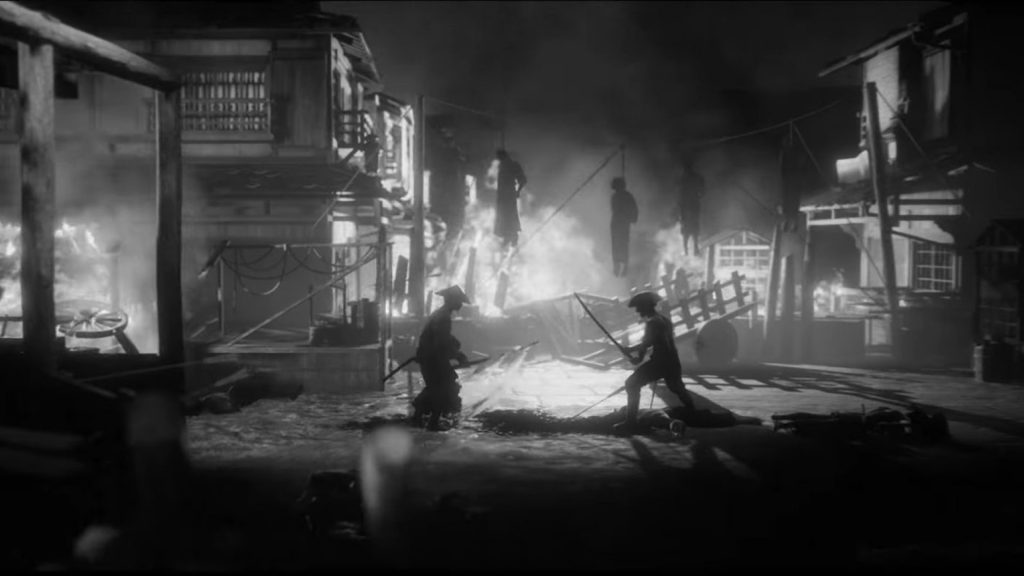 In the recent ID@Xbox Showcase, Devolver Digital and Flying Wild Hog unveiled a short new trailer for Trek to Yomi. Focusing on combat, it showcases some of the things that players can do in the Kurosawa-esque action side-scroller. Check it out below.

The story sees a young swordsman named Hiroki fulfilling his dying master’s wish to protect his town. However, he’s venturing beyond the pale of life and death in the process – what consequences this could have remains to be seen. Parrying and brutally executing enemies seem to be the main means of survival though Hiroki can also use a cannon and bow for ranged combat.

It’s also possible to use the environment to one’s advantage, dropping a hanging platform on unsuspecting enemies. There’s also a boss fight against a larger, more nimble foe that can be seen. Trek to Yomi is out this Spring for PS4, PS5, Xbox Series X/S, Xbox One, and PC along with launching day one on Game Pass.