Triangle Strategy's producer spoke about the game's HD-2D art style, and how it's more expensive to create than you'd think. 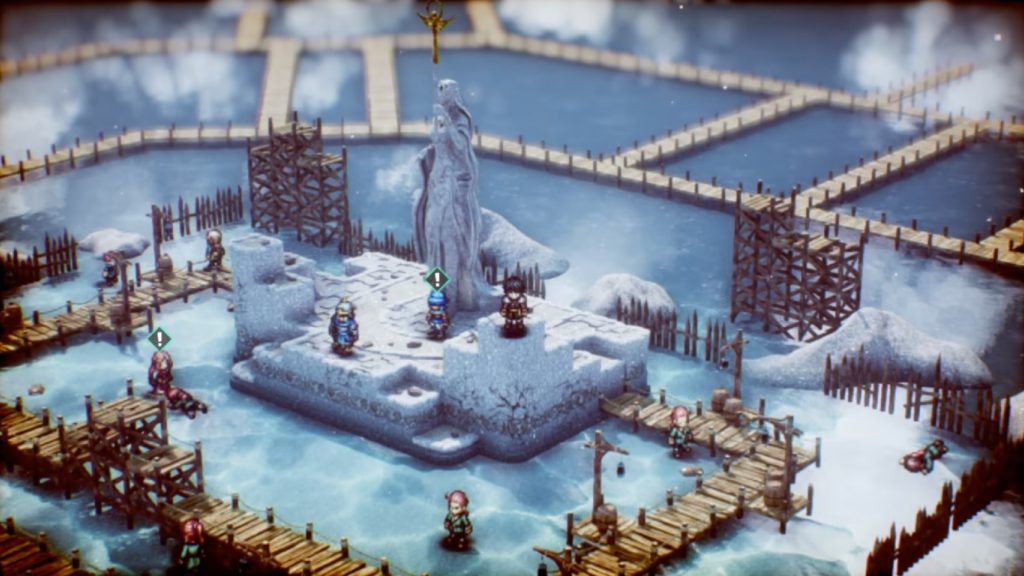 Despite its lo-fi looks, Triangle Strategy‘s art style isn’t exactly cheap to create, according to game producer Tomoya Asano. In an interview with Japanese website 4Gamer—translated by Nintendo Everything—Asano talked about how Triangle Strategy‘s distinctive look, dubbed HD-2D, was made.

When asked about why no other developers seem to have tried making their games look like HD-2D games, Asano responded, “It’s probably worth noting that it costs more than you’d think.”

Asano also talked about other upcoming HD-2D games, including the announced remake of Dragon Quest 3, and the upcoming LIVE A LIVE. Talking about how the art style can be used distinctively for each game, depending on the game’s requirements in terms of flavour, Asano mentioned that there isn’t anything in the way of hard guidelines to follow.

“The way it’s expressed differs per title, so the HD-2D flavor will be slightly different every time,” said Asano. “With LIVE A LIVE for example, the atmosphere in the prehistoric section is going to be different to the sci-fi scenario. Our range of expression has increased thanks to the new ideas we’ve devised.”

Square Enix has previously said that the HD-2D art style, which was introduced with Octopath Traveler in 2018, might be used by the company to develop more remakes going forward. Read more on that through here.