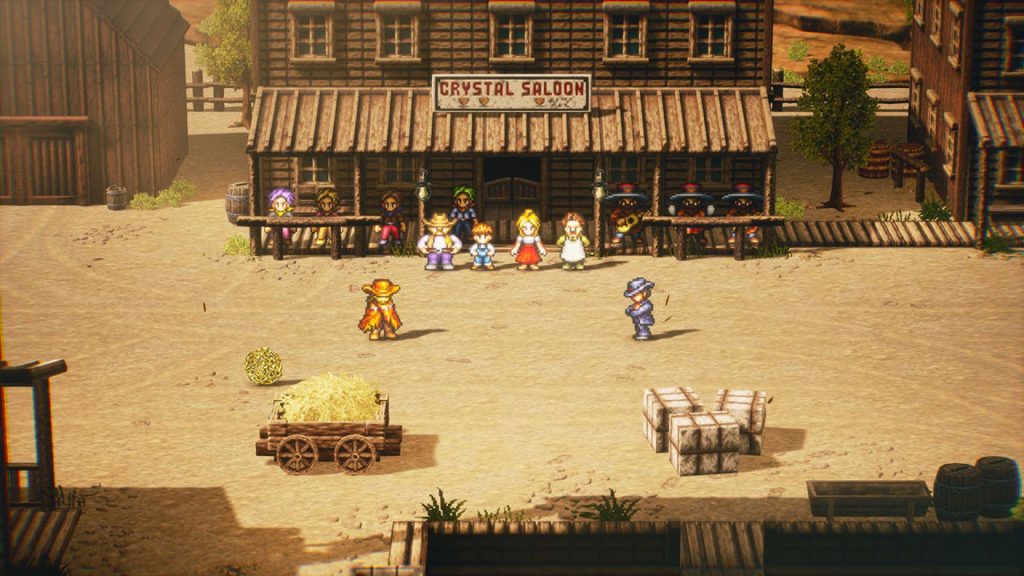 Octopath Traveler may not have been a flawless game, but the HD-2D art style that it introduced with its 2018 launch has really caught on since then, and seems to have become central to one of Square Enix’s development strategies. The upcoming Triangle Strategy uses the same visual style, while it’s also clearly something that Square Enix is eyeing for remakes of older classics in particular, with the likes of LIVE A LIVE and Dragon Quest 3 HD-2D Remake.

It seems, however, that the Japanese company wants to keep that trend going and develop more remakes using the HD-2D art style. Speaking with Famitsu, Tomoya Asano – producer of Octopath Traveler, Bravely Default, Triangle Strategy, and more – said that Square Enix president Yosuke Matsuda asked him to draw up a list of older titles that could be remade using the visual style, which is how the LIVE A LIVE remake was greenlit.

Square Enix’s Takashi Tokita, meanwhile, added that the games that the company considers for such treatment are generally older titles that released for the SNES, with the suggestion being that more similar releases could follow in the future.

Of course, whether or not more HD-2D remakes are released in the future will likely depend on how well the current crop of upcoming games does both critically and commercially, though there’s going to be no shortage of people who’ll be hoping for such treatment for the older Dragon Quest and Final Fantasy titles.

For now, Triangle Strategy is due out on March 4, followed by LIVE A LIVE on July 22, while Dragon Quest 3 HD-2D Remake doesn’t yet have a release date.