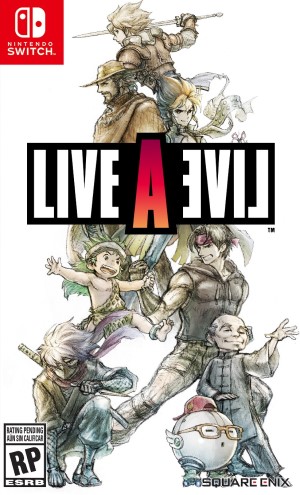 It is a ground-up remake of the 1994 SNES game of the same name, which never released outside of Japan. The remake uses an HD-2D visual style, similar to Octopath Traveler.

Latest Updates For LIVE A LIVE

LIVE A LIVE Was Developed in Three Years, Director Reveals

Knowing from the get go that the remake would use HD-2D visuals helped cut down plenty of production time, according to the developers.

The upcoming HD-2D RPG remake will feature several stories set across different time periods, two of which are highlighted in new trailers.

From the wild west to the near future, from a caveman to a ninja, LIVE A LIVE's stories will have several surprises up their sleeves.

LIVE A LIVE, the Classic 1994 RPG That Never Came West, is Getting an HD-2D Remake

LIVE A LIVE, the game that inspired Octopath Traveler, is getting a full HD-2D remake for the Nintendo Switch on July 22.

The 1994 RPG gets a surprising filing seemingly out of nowhere.