Stadia’s reveal last week was impressive and ambitious, but left a lot of questions in its wake. Nonetheless, it seems like Google at least achieved a surprising amount of awareness among the mass public. According to a survey in the UK by Harris Interactive, 39% of the UK public surveyed said they are aware of the Stadia, with 10% of them stating they are “very familiar”. Those are good numbers for Google, a new entrant, to be working with.

34% of UK gamers surveyed are interested in subscribing—although this is a high number, Stadia falters when put next to the competition. When asked about the consideration of buying into a next-gen platform relative to the whole spectrum of offering, Stadia actually trails behind PS5, which is the leading next gen offering with 38% stating a consideration to buy it, over 26% for Xbox Scarlett, 25% for Stadia, and 21% for a hypothetical Nintendo Switch 2. 19% of the surveyed people said they are likelier to pick Stadia over any other options, while 41% of the respondents said that for PS5, 24% for Xbox Scarlett, and 17% for Switch 2.

The top reasons stated for hesitation among respondents are the possible monthly fee (none has officially been confirmed yet), as well as the lack of game ownership relative to other platforms. These are fundamental issues Google will have to work to allay the perception of with the public—they can’t make them go away because they are intrinsic to streaming, but they can at least shift the perception of them from being overly negative. 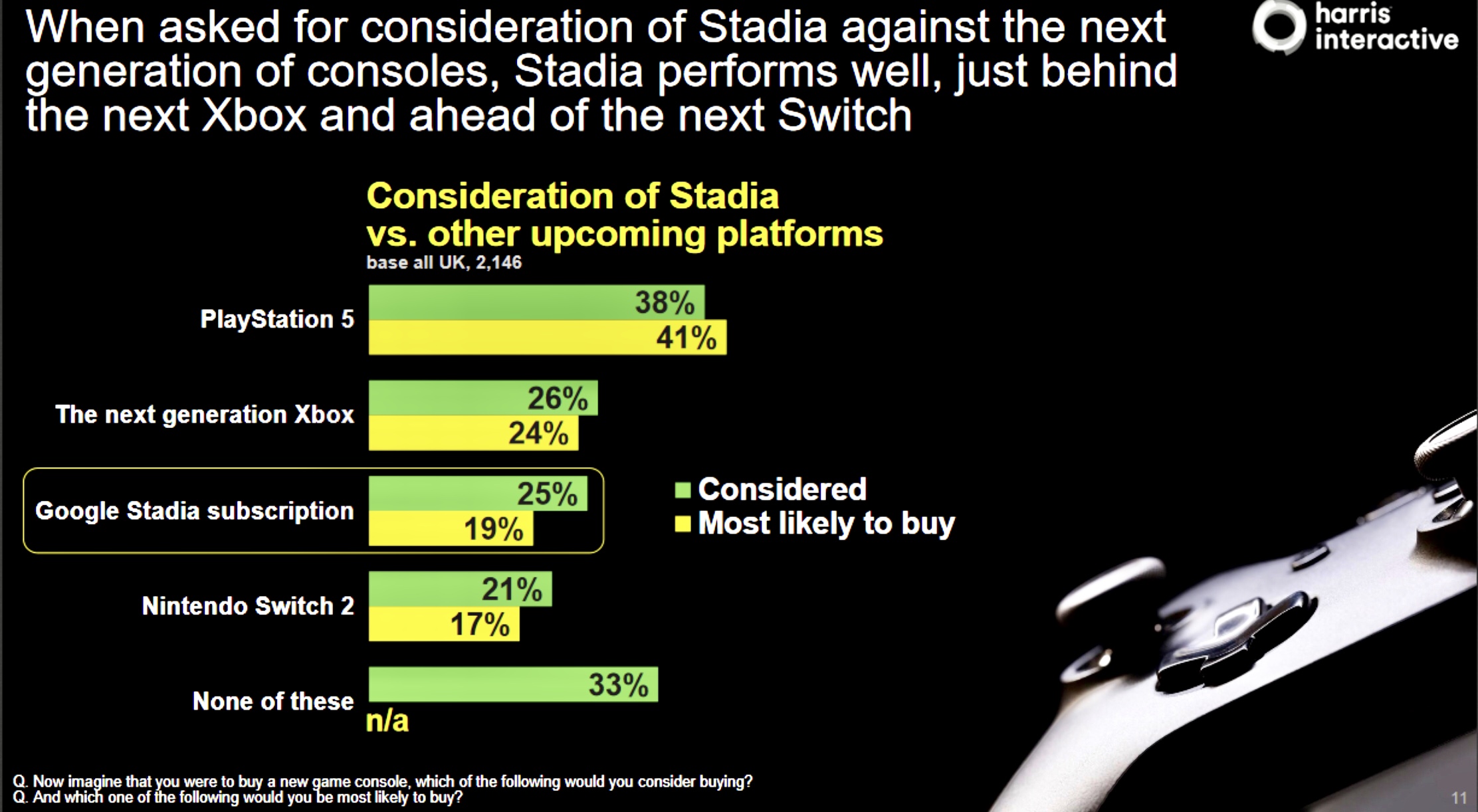