Ultimate Marvel vs Capcom 3 is a Vita Launch Title 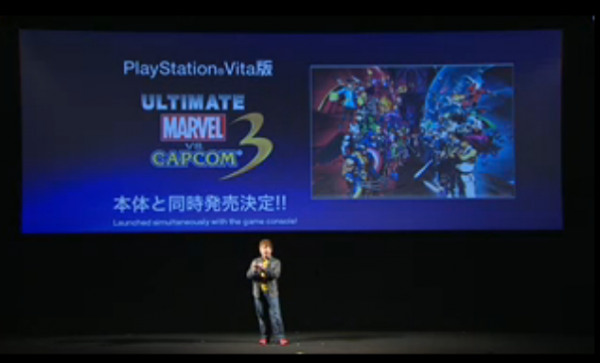 Capcom has announced that Ultimate Marvel vs Capcom 3 will be available on the Playstation Vita during launch. This is the second fighting game from Capcom that makes its way towards the Vita. The first was Street Fighter X Tekken.

Yoshinori Ono demoed the game on stage just like he did at E3. The game supports most of the Vita’s features like touchscreen.

Stay tuned for more info on the game on GB. Tell us what you think of the announcement below.