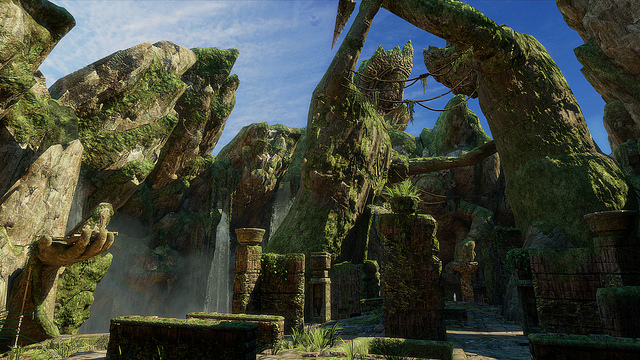 Naughty Dog has just released a new patch for Uncharted 3 and oh boy, it makes the game look even prettier. They say motion blur was missing in the retail build by accident and they have now rectified it. Gamers will be pleased to know that it fixes the aiming as well.

Check out the entire patch notes below.

Movie cutscene viewer added (in the Bonuses menu, Single-Player only)

Medal streaks won’t reset if the host migrates to another user
Blindfire targeting adjusted so that opposing players past a certain vertical angle above and below won’t be hit.
Allow grenade throw while scoped
Tuned Pull Down range from 1.5 meters to 2.0 meters
Lowered the player running speed when players run ‘n gun by approximately 15%
Slightly increased the turn radius of run ‘n gun
Slightly decreased the turning speed during Sprint

Objective points now show up in the player’s Competitive statistics tab instead of the Cooperative statistics tab
Added a Facebook Sign Out option
Added the Add Friend functionality in the Facebook tab
Fixed voice icon for mics not appearing in Matchmaking lobby
Adding missing weapon stats tracking for certain weapons that were not being recorded to the player stats
Fix for not displaying the entire Online ID within the “Players” column of any leaderboard.
Fix for a user having an online ID containing fifteen or more characters created in uppercase format and actively using a voice comm device.