Uncharted 3 has “a ton of DLC content”- Naughty Dog 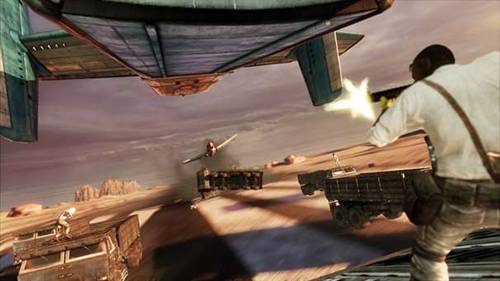 Uncharted 2 got a fair share of its own DLC, and it was all very good, though not as groundbreaking as the game itself was. But the DLC Uncharted 3 will be getting, Naughty Dog says, will be awesome. And there will be lots of DLC.

“We have some really cool stuff for DLC this time, even way cooler than what we had for Uncharted 2,” game director Justin Richmond said while speaking on GameTrailers Bonus Round. “There’s one piece of content in particular that I think fans are going to go ballistic for.

“Because we did so well with multiplayer last itme, we kept saying we have to have a plan from the beginning… so we have that this time.  There’s a ton of DLC content that’s coming.”

Sound interesting. Will you buy it? Tell us in your comments.

Our Uncharted 3 review will be up in a few hours, so stay tuned.