Uncharted 4 Is Getting a PS4 Bundle, Out April 26 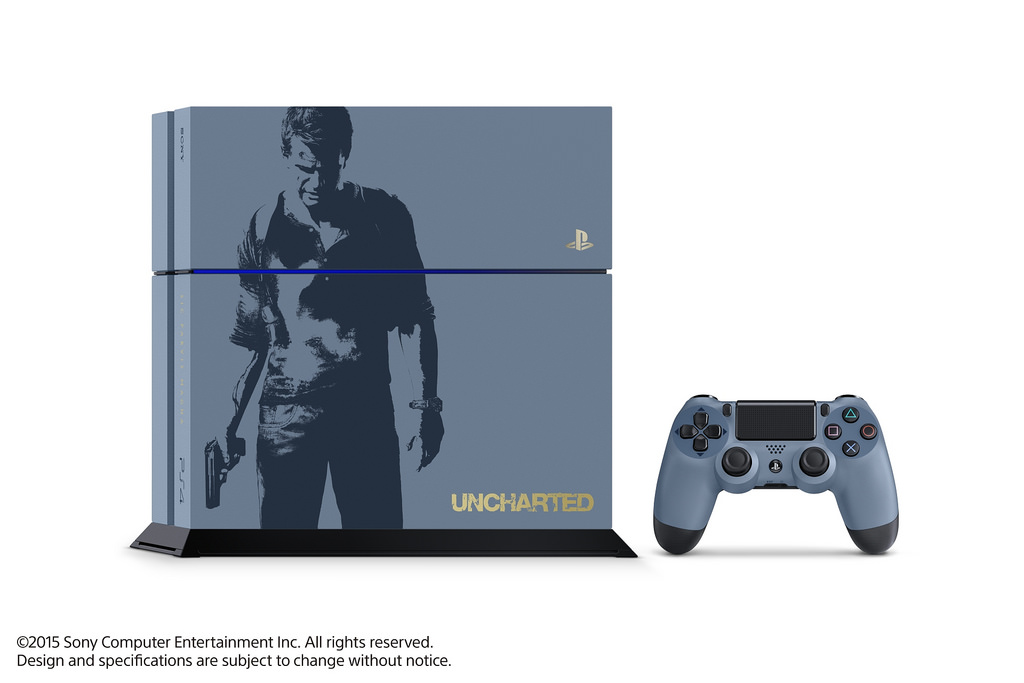 Uncharted 4: A Thief’s End is, if Naughty Dog are to be believed at their word, the concluding chapter of the beloved franchise. It is also perhaps the biggest release from Sony since The Last of Us launched all the way back in 2013. So it makes sense that Sony will want to push it as much as possible- and that is exactly what they are doing with this just announced, brand new gorgeous Uncharted 4 PlayStation 4 system.

This bundle includes a Limited Edition 500GB PS4 in Gray Blue featuring a silk-screened image of Nathan Drake, as well as a matching DualShock 4 and a copy of Uncharted 4: A Thief’s End on Blu-ray. The limited edition PS4 also features the PlayStation logo, Uncharted logo, and the phrase “SIC PARVIS MAGNA” in gold. That phrase translates to “Greatness from small beginnings,” which fans will recognize as the same phrase that engraved on Drake’s ring.

That’s not all, either-if you pre-order the Limited Edition Uncharted 4 PS4 Bundle, you’ll receive a voucher for an Uncharted: Drake’s Fortune Outfit, Golden Weapon Skin, and Uncharted Points to use in Multiplayer Mode. In essence, if you are an Uncharted fan, this system is pretty much like an unbeatable proposition.

It retails for $399 ($499 in Canada) starting April 26, if you want to pick it up for yourself. Uncharted 4 itself, naturally, is going to launch exclusively for the PlayStation 4; it promises to be one of the best games of this year, and of the generation so far.