Uncharted 4 Latest Trailer: Hidden Facts And Secrets That You May Have Missed

We analyze Uncharted 4's latest story trailer and come up with possible connections. 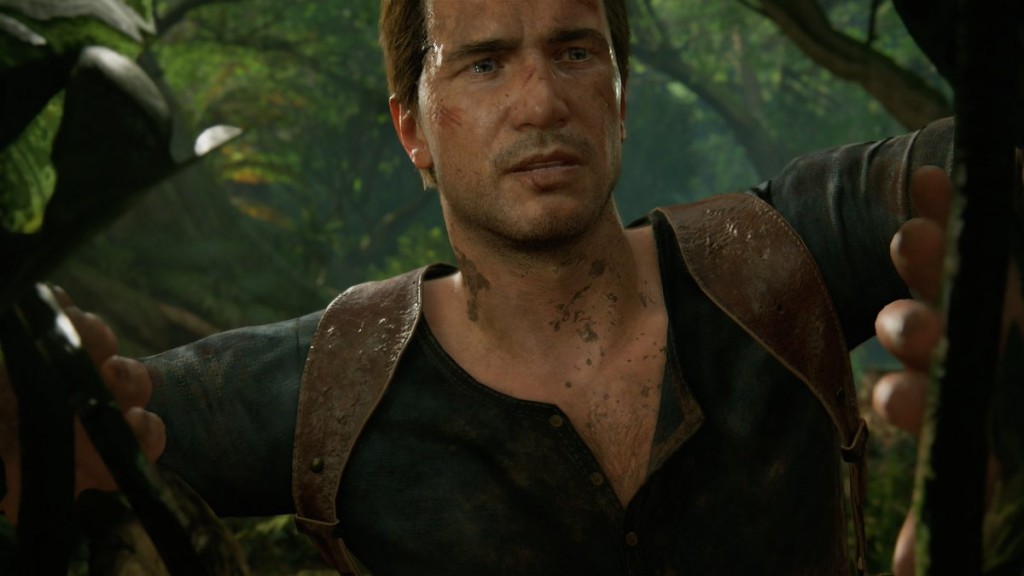 Naughty Dog released a brand new video for its upcoming action adventure title, Uncharted 4: A Thief’s End and it’s literally the best trailer you will see this year. Well, that may be a bit of an overstatement but Naughty Dog’s attention to detail is nothing but stunning.

The story trailer clearly hints that Sam, Nathan Drakes’ brother wants him back to his old ways of treasuring hunting and taking risks with his life. On the other hand we have Elena who is obviously not happy with Sam’s return. It seems that Drake is in a relationship dilemma as he is not able to keep the promise that he made with Elena. He clearly does not care about Elena’s feelings and returns back to his old wild ways.

The trailer had a ton of interesting bits and on closer inspection we learn a bit more about the wild ride that Uncharted 4 will take the player through. So without any delay, let us get started.

At 0:06: We can see two teenagers, most likely Nathan and Samuel Drake standing near what looks like New York bridge. This scene possibly takes after a fight sequence via gameplay or cutscene. This is because one can clearly see bruises on their faces at 0:09 seconds.

At 0:14: Sam and Drake are wandering off in what looks like a snowy area. This is possibly the same location that was revealed in the game’s official artwork book a few days ago.

At 0:16: We see Sam and Drake solving some sort of puzzle and opening a puzzle door in what looks like an abandoned ancient place. This shot re-confirms that we will be teaming up with Sam in missions and puzzle solving.

At 0:24: Sam and Drake are seen approaching an abandoned village. The size of this level is quite impressive. On closer inspection it seems that the objective of this particular scene is to reach the abandoned mansion in the distance.

At 0:32: Quite an amazing shot here. The draw distance and the attention to detail is simply astonishing. This shot possibly takes place in Madagascar. The mountain ranges are quite similar to what are found in Madagascar.

At 0:33: So it looks like there will be under-water sections in the game. Again, this shot is possibly taking place in Madagascar. In the background we see a destroyed ship. Perhaps that is where Nathan Drake is headed?

At 0:35: We see Sam and Sully having a discussion about what adventuring means to Nathan. There is a clear divide in what Sully thinks about Nathan compared to what his brother thinks about him.

At 0:37: Typical, jaw-dropping scene from Uncharted. Stuck in a jeep and ready to crash. This is definitely taking place on top of a Madagascar waterfall.

At 0:40: We see a new character with Nadine Ross. Seems to be villain buddy of Nadine. Not much is known about him at this point.

At 0:46: A mission with Sully. Looks like there will be a lot of missions in Uncharted 4 where you will be accompanied by NPCs.

At 0:50: Drake venturing further into the Madagascar forest. This is a possible continuation of events that we saw during the reveal E3 trailer of Uncharted 4.

At 0:50: Poor Drake getting beaten by Nadine (again and again!)

At 0:56: Unknown character but seems to that he will play a pivotal part in the game’s story. Facial features looks extremely similar to Sam. Is this Nathan and Sam’s father?

At 0:57: Same location that was shown in of the gameplay demonstrations.

At 0:59: Drake smashing through the window. This is the same place where he is beaten up by Nadine at 0:50.

At 1:01: Poor Drake getting beaten by Nadine (again, again and again!)

At 1:05: Quick escape in a plane as enemies are blasting bullets at it.

From 1:10 till 1:15: Looks like there will be a comprehensive flashback gameplay with Sam. There seems to be something that goes way back when they were kids.

1:22: Quite clearly, this is taking place in the Madagascar sea. An island can be seen in the distance.

1:24: Not sure where this but my educated guess tells me that this somewhere in the island which we see at 1:22.

1:32: Nathan seems to be in a depressing mood and in a deep thought. A possible discussion between the brothers about what matters in their life.

1:33: More puzzle solving. Continuation of the scene which we saw at at 0:27 seconds.

1:36: An interesting scene. Elena seems to be discussing something but Drake is not interested. His entire attention is towards that island in the frame. This scene is possibly taking place after Sam returns back and fills him with information about his next adventure. Drake really wants to go back to his old ways if his facial expression is anything to go by.

1:38: Nathan Drake is quite bored with the usual job he is doing for living. Again, the facial expressions are a big giveaway.

1:40: Nathan Drake hanging for his life while the whole place is falling part. Nothing new. But what is interesting is that this is possibly taking place in the abandoned mansion that we talked about 0:16. Check out the dome of the mansion and clothes of Drake. They all check out.

1:43: Sam and Drake going crashing down in the abandoned mansion.

1:45: Quite clearly, Sam wants Drake back to his old ways.

1:46: Over the top scene. The jeep is stuck while Sam saves Drake Batman style.

2:08: Looks like Drake has finally decided he will return to his old action-adventure ways. Poor Elena. He does not give a damn about her.

It seems that Uncharted 4’s plot is really going to be about how Drake manages his relationships along with his in-born desire to be a guy that relies on risk taking and treasure hunting? What will Drake choose? Will he eventually give up treasure hunting and respect Elena and Sully’s feelings about him or will he listen to his brother, who has been with him through all the hard times when they were kids?