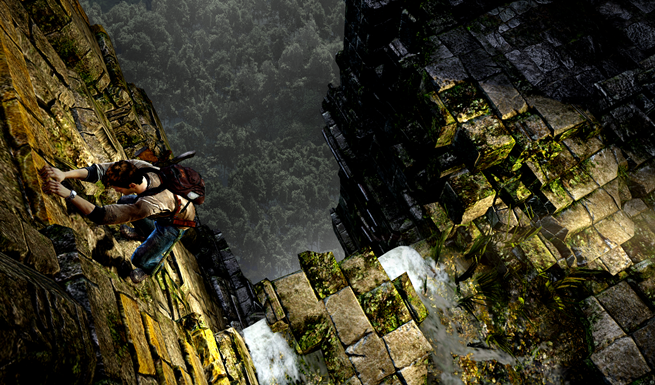 Upcoming PS Vita title, Uncharted: Golden Abyss will be a long game, by the looks of it, even longer than the recently released Uncharted 3. Golden Abyss, says developer Sony Bend, will last gamers 10+ hours. Of course, it won’t have a multiplayer component, so it won’t have the replay value that Uncharted 2 or 3 do, but it least it will have a long campaign.

“We tried to focus on the kinds of things that read well on a 5-inch screen versus a 50-inch screen Story,” SCE Bend writer and game director John Garvin told NowGamer. “For example: we have over two hours of cinematics in a game that is 10+hours long, so story is very important to us, just like it is on the [PS3] console.”

Compared to Uncharted 3, which could be finished in 8 to 9 hours depending on the difficult level, this is very good.

“A driving narrative that makes you care what happens next, that compels you to get to the next chapter… that kind of experience is possible no matter what kind of platform you are on,” Garvin continued. “I’m sure all Vita developers would tell you that we’re just scratching the surface of what this device can do.  I’m really excited for what we’re going to see in the next few years.”

Uncharted: Golden Abyss is a launch title of the PS Vita. The system (and Golden Abyss) releases in Japan tomorrow, December 17, and late February next year in US and Europe.

You can watch the latest gameplay video for Golden Abyss here.