To celebrate the release of the Uncharted movie, PlayStation and Epic Games have collaborated to bring Nathan Drake and Chloe Frazer into Fortnite as character skins, along with new accessories. 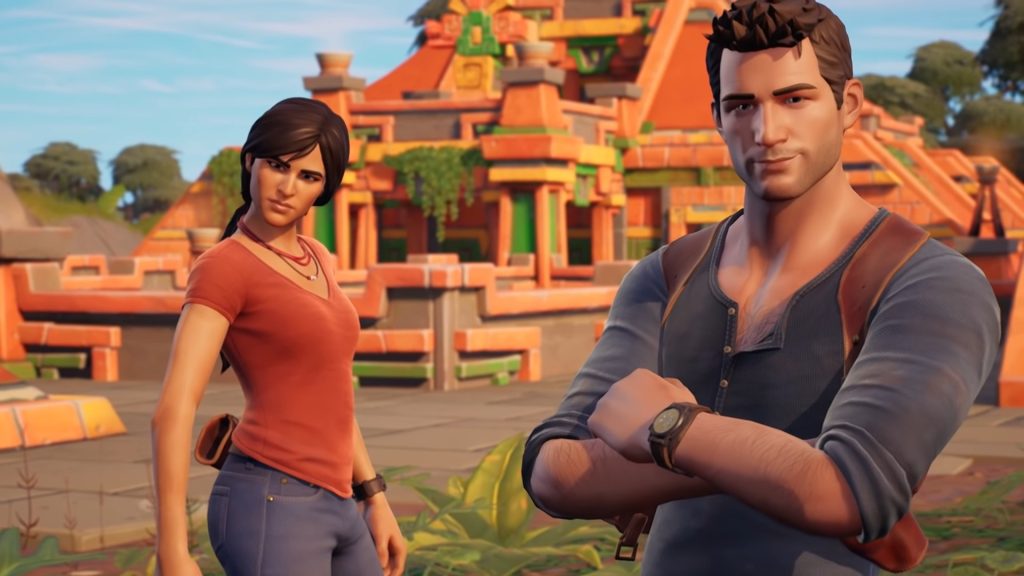 If there is one game that is considered to be one of the biggest crossovers of characters from various media out there, Fortnite is it. In collaborating with Marvel, DC, Street Fighter, and more, Epic Games’ battle-royal has brought in known characters from all across multimedia as part of numerous events. It comes as no surprise, then, that the game has also collaborated with Sony to bring in some of the most popular treasure hunters.

As previously rumored, to coincide with the release of the Uncharted movie, Epic Games and Sony have announced that they will be bringing in skins for Nathan Drake and Chloe Frazer from the series into Fortnite. From today onwards, players can purchase and equip themselves with skins based on the Uncharted 4 and Uncharted: The Lost Legacy versions of Nathan Drake and Chloe Frazer, as well as the movie versions of the two characters. The movie skin of Chloe Frazer comes in two different variants.

That is not all- starting February 18, a new event will start where players will be able to find Drake’s maps, which will give them hints in finding buried treasures on the island.

Aside from the above, players can also get new accessories, such as a Second-Hand Saber Pickaxe, a Parshurama Axe Pickaxe, and an Update Journal emote. PlayStation has also released a trailer showcasing the skins in action in-game. Check it out below. 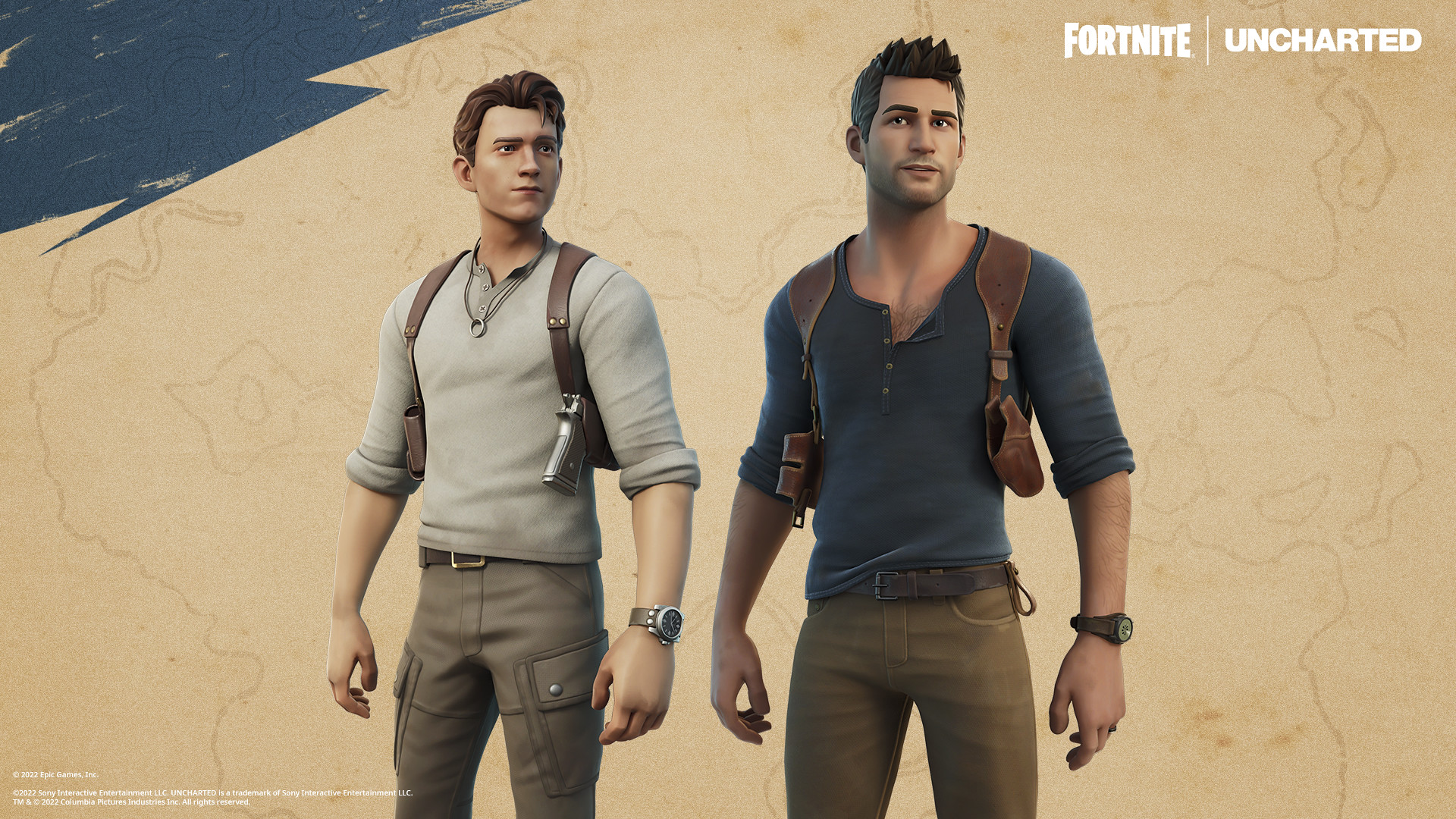 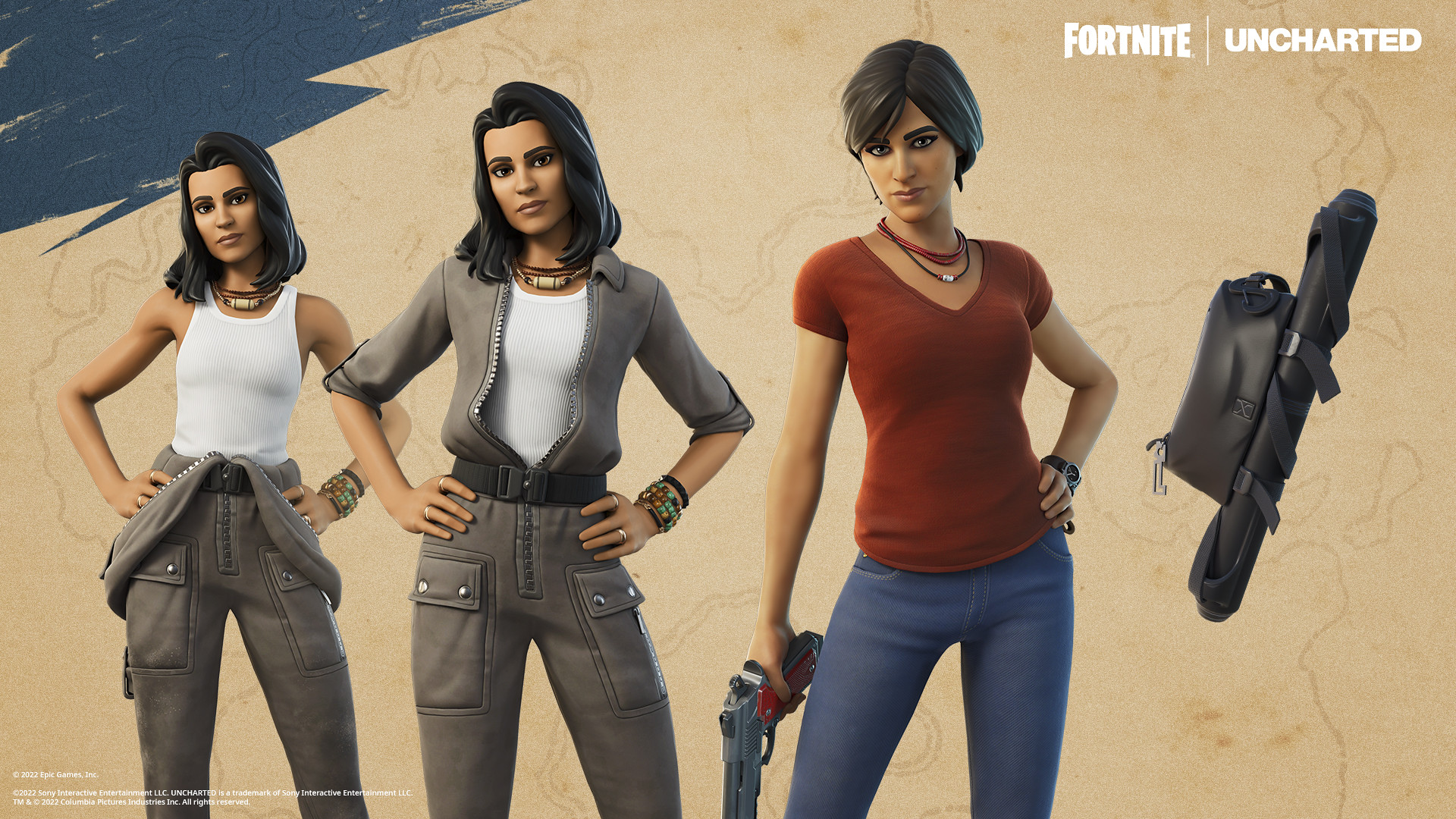