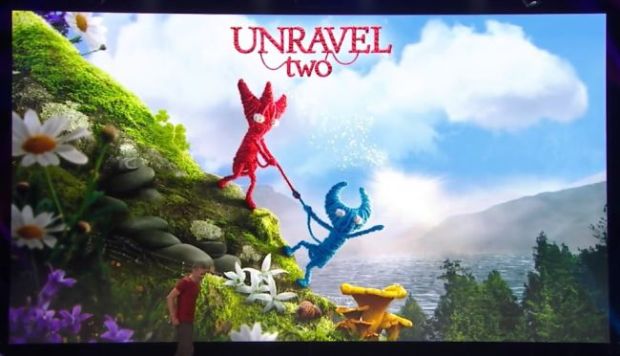 As noted earlier today, ColdWood Interactive’s Unravel 2 was rated by the ESRB. The description seemed to indicate that there would be co-op and sure enough, the developer took the stage at EA Play 2018 to announce the same. Shockingly enough, not only was the first gameplay footage revealed but EA CEO Andrew Wilson also confirmed that Unravel 2 is out today. Yes, today. Like right now.

If you’re not sure about it, then check out the first gameplay trailer below. The story sees Yarny’s bonds being broken and him seeking out a new spark. Fortunately, he finds it in another Yarny and together, the two must work together to make it through the world. Along with the same yarn-based puzzles from the previous game, there are more frantic moments like escaping a hostile bird.

Unravel 2 is available for PS4, Xbox One and PC for $19.99. If you’re a subscriber of EA/Origin Access, then the beginning portion can be played today. What are your thoughts on the sudden release? Let us know in the comments.