Watch Moonrider navigate the Fallen City in Stage 3, avoiding giant robots and hazards to face off against Flamestalker. 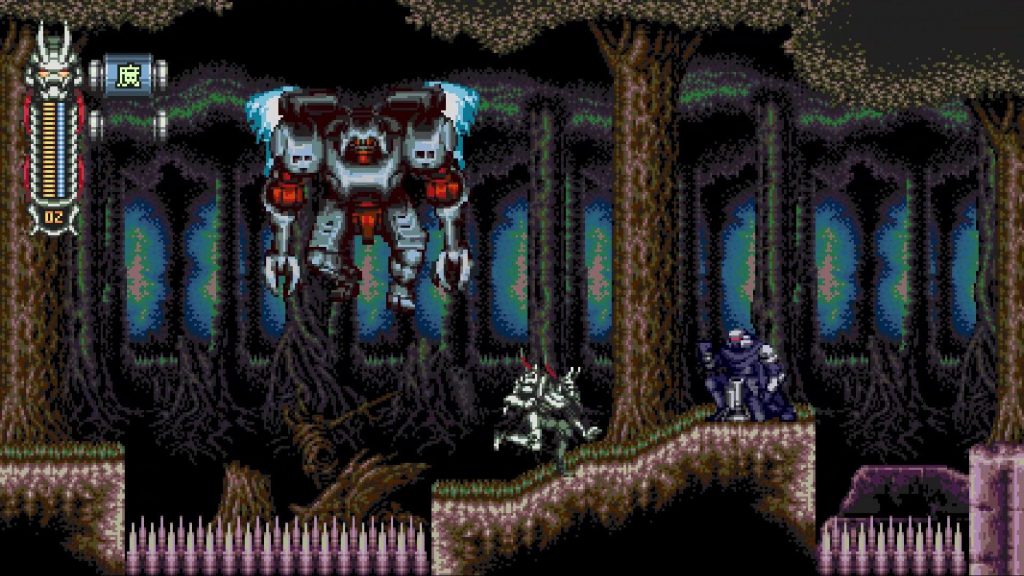 While there are plenty of big releases this month, fans of some retro-style side-scrolling action also have plenty to look forward to. Joymasher, known for Blazing Chrome, releases Vengeful Guardian: Moonrider later this week. For a taste of what to expect, check out some extensive gameplay footage of Stage 3 below, courtesy of IGN.

In this footage, Moonrider traverses the Fallen City in search of Flamestalker. He can equip one of two modifiers that provide unique abilities beforehand. What begins as a chase eventually leads to Moonrider avoiding shots from a robot in the background while pressing forward. There are still plenty of obstacles to overcome, including the classic spike pits.

The battle with Flamestalker sees him unleashing flaming ninja stars, a rain of fire, and much more as time goes on. Defeating him nets the Flamearang, which sends out a flaming boomerang that returns to Moonrider. Based on performance, you receive a rank at the end of the stage.

Vengeful Guardian: Moonrider is out on January 12th for PS4, PS5, PC, and Nintendo Switch.