Warframe: Heart of Deimos is a New Infested Open World, Out on August 25th

Giant worms, mechs, an underground tunnel system, and a new frame are all inbound. 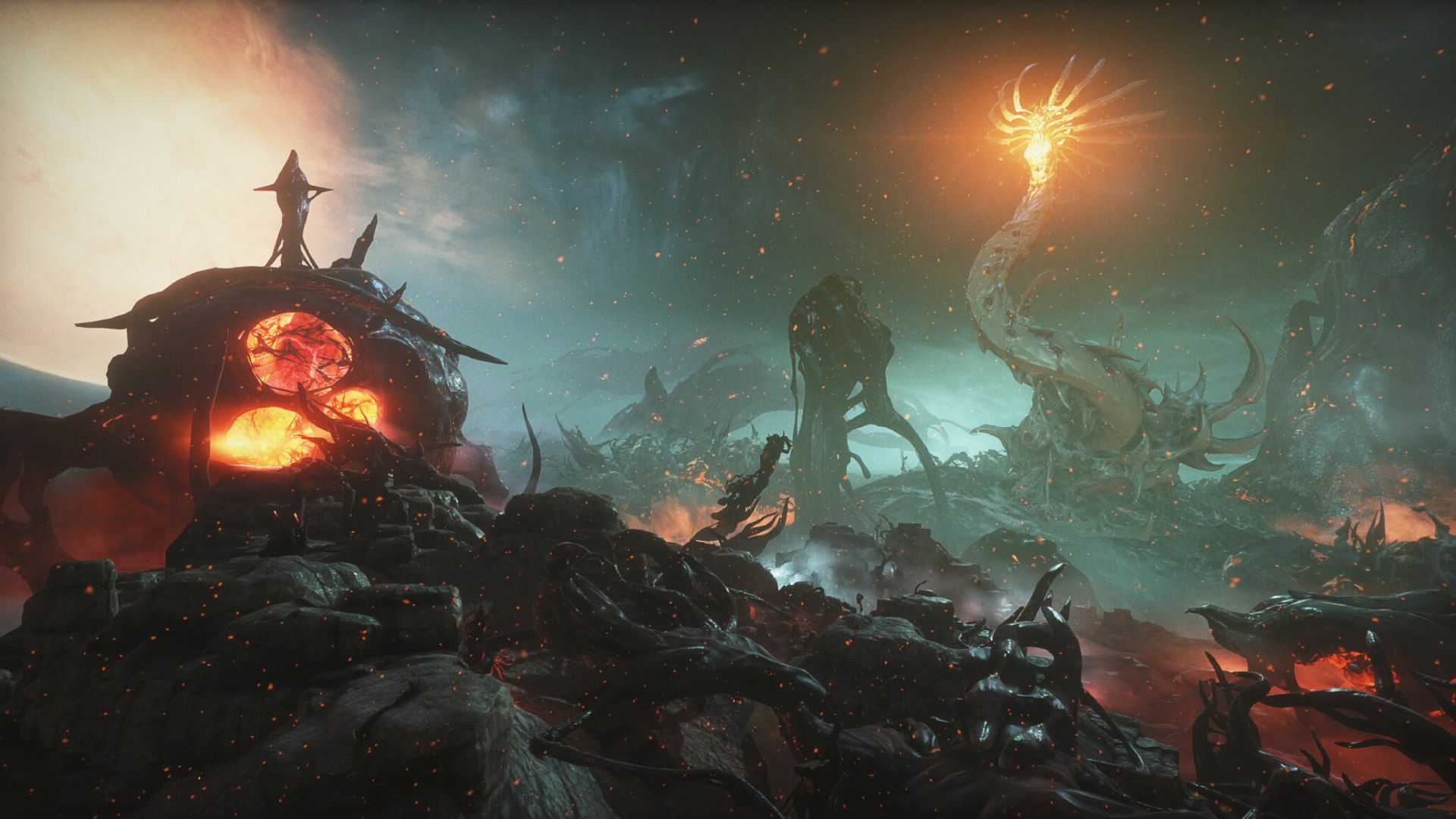 Digital Extremes recently held TennoCon 2020 online and as per tradition, it outlined all of the big content that will be coming to Warframe in the future. One big expansion that’s coming on August 25th is Heart of Deimos, the third open-world and a hotbed for the Infested. Check out the roughly 33 minute long gameplay demo below.

Much like previous open worlds, Deimos will have you completing bounties, battling foes and other activities like fishing. It’s smaller compared to Plains of Eidolon and Fortuna with a new faction called the Entrati. However, it has an extensive cave network that changes every time.

The “broken” Warframe, Xaku, will also be coming with the expansion and can harness the Void. Regular Warframes will also receive a new upgrade system with the Helminth Crysalis. This allows you to sacrifice a frame for the sake of taking a “signature” ability and having another Warframe use it.

There’s quite a lot to look forward to, including a day/night cycle, giant worms and even a pilotable mech. Heart of Deimos will release for all platforms in August so stay tuned for more details in the coming weeks.