Was Fallout 4 Shown Behind Close Doors At E3? 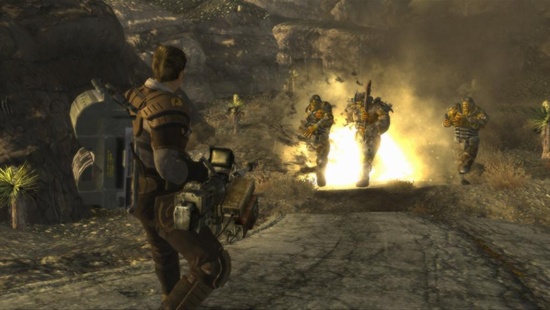 One of the bigger mysteries of the current gaming world – aside from Half Life 3, Half Life: Episode 3 and when Mirror’s Edge will actually be coming out – concerns Bethesda Softworks’ Fallout 4. There were rumours that the game would be showcased at E3 2013, and even that it’d be exclusive to the Xbox One. Now, with the conference being over, we’re pretty much where we began.

As NeoGAF pointed out though, it’s possible the game was shown behind closed doors. Take this with a pinch of salt though, as tweets from Derek Nolan stated that he definitely saw The Evil Within, Elder Scrolls Online and Wolfenstein: The New Order but was all he could say. 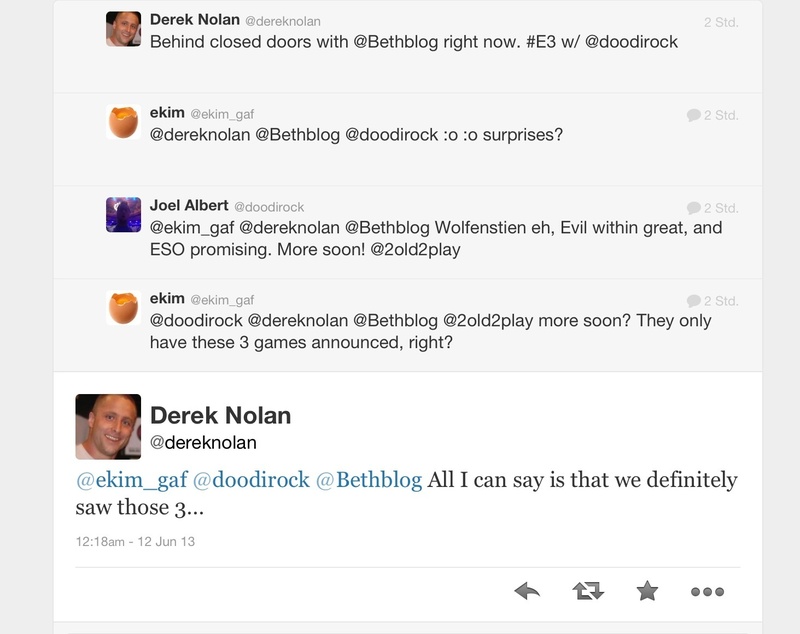 There were rumblings previously that Bethesda had an unannounced game for E3 2013, but now that seems to have fallen by the wayside.

Meanwhile, we have VP of Bethesda Softworks Pete Hines succinctly replying to a fan’s “humble” request for a teaser for Fallout 4 on Twitter.

And that’s all we’ll say about that.

@stevenala take your all caps and attitude and take a hike. Seriously.

Stay tuned for more news on Fallout 4 if and when it ever gets announced.