Like all services, Xbox Game Pass can have its up periods and its down periods. By and large, Microsoft has keep the quality and frequency of releases at a pretty good level, but strap in, because the upcoming lineup for the end of this month and the beginning of the next is something else.

The lineup for both Xbox One and PC is quite something. Of course, as of today you can get Microsoft Flight Simulator on PC as well as Spiritfarer on Xbox One and PC. On August 20th, you can look forward to the beat ’em up revival Battletoads and the classic survival game Don’t Starve for both PC and console Game Pass. On that same day, the PC will get some extra with Crossing Souls and Darksiders: Genesis, the latter of which is available now on the console side. Both Game Pass services will also get New Super Lucky’s Tale the next day on the 21st.

The 27th will be quite the feast for Xbox One and PC with the first chapter of Dontnod’s narrative adventure title, Tell Me Why, the surreal ’90s throwback of Hypnospace Outlaw and the zombie fighting rhythm game Double Kick Heroes. If that wasn’t enough, the next day on the 28th you can get Wasteland 3 on Xbox One and PC.

That’s quite the month, but Microsoft also apparently wants you to get a taste of next month as on September 3rd you’ll be able to get Resident Evil 7 for both Xbox One and PC Xbox Game Pass services. A little bit of everything and then some thrown on the side, I’d say. 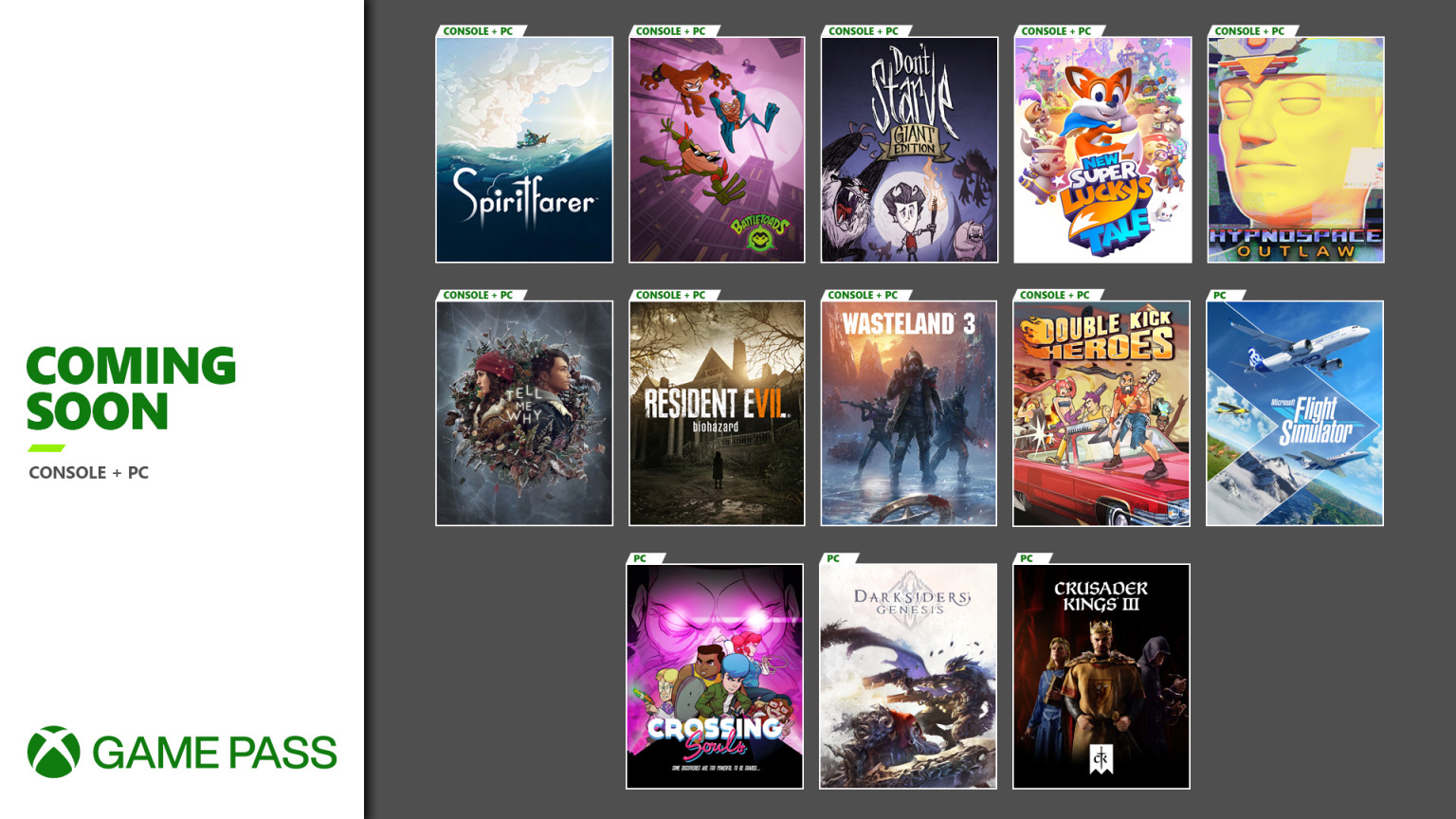