Wasteland 3 Wiki – Everything You Need To Know About The Game

Everything you need to know about Wasteland 3.

Wasteland 3 is a role playing game developed by inXile Entertainment and published by Deep Silver.

Wasteland 3 was officially unveiled in September 2016. The developer announced that the game would once again be crowd-funded, similar to Wasteland 2. However, unlike their previous games, inXile Entertainment chose a Fig crowdfunding campaign for Wasteland 3 instead of Kickstarter.

Wasteland 3 was officially scheduled to launch in Q4 of 2019, but was delayed to May 19, 2020 after the developer decided to spend more time and resources on development following their acquisition by Microsoft.

The game is built on the Unity engine. inXile Entertainment also enlisted the help of Brotherhood Games to help polish up the game’s visuals.

Wasteland 3 serves as a direct sequel to Wasteland 2. It is set in the icy post-apocalyptic landscape of Colorado, a place where Desert Rangers have very little influence. Players take control of the last surviving member of Ranger squad Team November, and work with local leader The Patriarch, who offers Colorado as a base of operations in exchange for help stopping his two sons fighting a war for control of his empire. 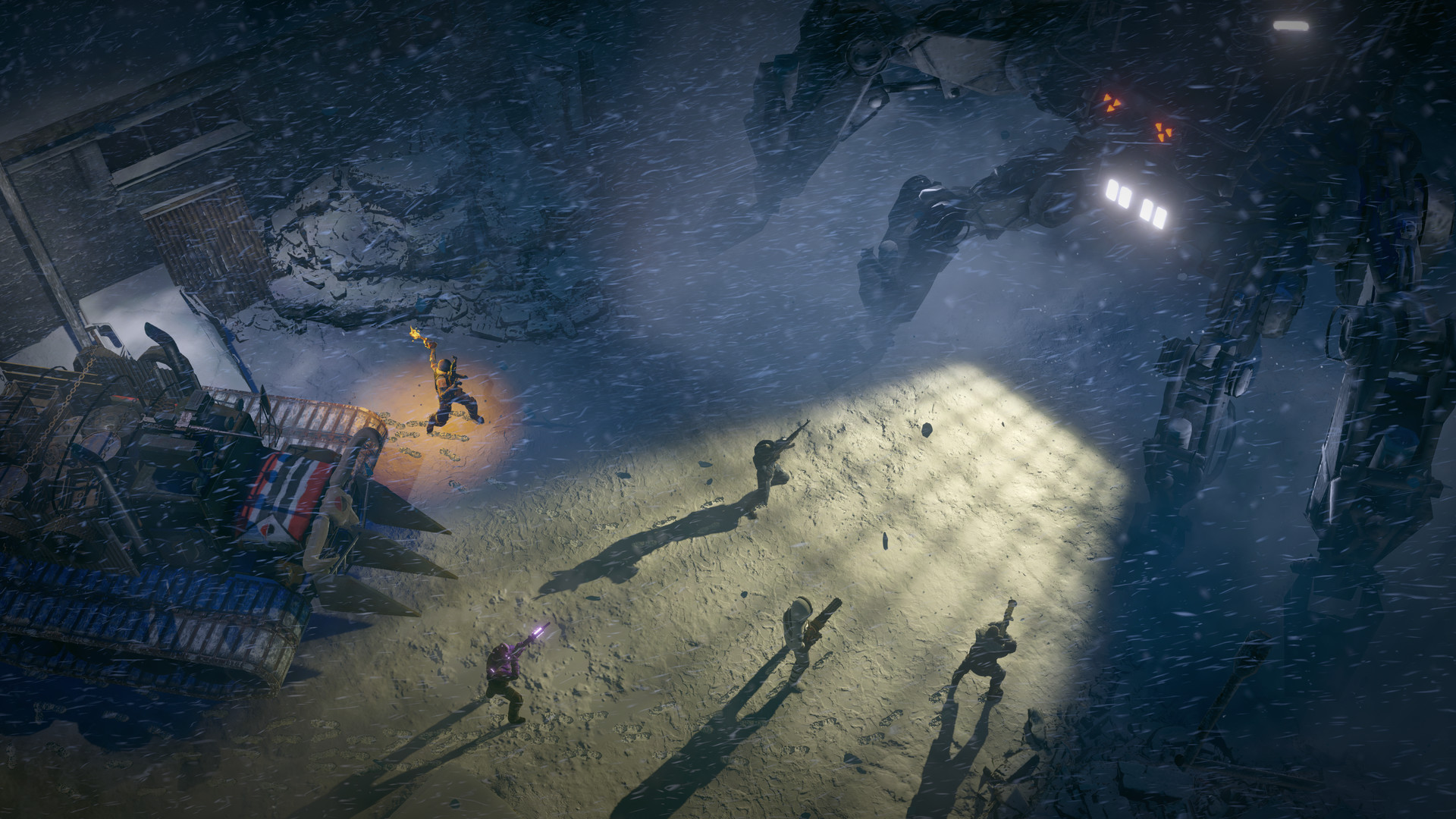 Like its predecessors, Wasteland 3 is a squad-based role playing game that features a heavy emphasis on dialogue, dialogue choices, a choice-driven narrative, and turn-based combat. Combat is be largely similar to Wasteland 2, but features some improvements, such as environmental hazards, or new squad-centric abilities that can be used to gain squad-wide buffs, or debuffs for enemies. There is also a new system that allows characters to be escape near-death situations in combat under specific circumstances.

The dialogue system has received far greater improvements, and takes cues from inXile Entertainment’s previous title, Torment: Tides of Numenara, wherein branching dialogue options and lines of enquiry can be locked or unlocked based on what choices players are making in conversations, while some options are only available if players have certain skills. Unlike its predecessor, every line of dialogue in Wasteland 3 is also backed by voice acting and lip syncing. During certain important conversation, the game leaves its isometric view and zooms in for an over-the-shoulder perspective, focusing on the character players are talking to.

The world of Wasteland 3 will include two large, major hubs that players will visit frequently. The first will be the base of operations of the Rangers, which will serve as the players’ headquarters, playing host to various missions, side missions, upgrading equipment, narrative content, contacting other factions, and more. The game does not feature base management mechanics, but the base will change throughout the game and will be affected by the decisions players make. Though the base will start out empty, it will slowly fill up as players recruit more Rangers.

The second major hub will be the city of Colorado Springs, which is also the largest location in the entire game. The rest of the game’s world will have various locations that will be based on locations in the real world, such as a hotel based on the Stanley Hotel in Estes Park, Colorado.

A new element that Wasteland 3 introduces that was not seen in its predecessors in vehicles. Players can drive vehicles to explore the game’s world and even to store items and equipment, and many of these can be accessed throughout the game. Players can also modify and upgrade vehicles with parts found in the world. Meanwhile, vehicles are also integrated into combat. For instance, guns mounted on top of vehicles can be used against enemies, while players can also direct characters to take cover behind vehicles.

The most major new feature introduced in Wasteland 3 is multiplayer, a first for the series, allowing players to play through the entire campaign co-operatively alongside another player. Both players control their own squad of Rangers, and each squad must have at least one character created by the player, though beyond that, players are free to swap and trade characters amongst both squads. 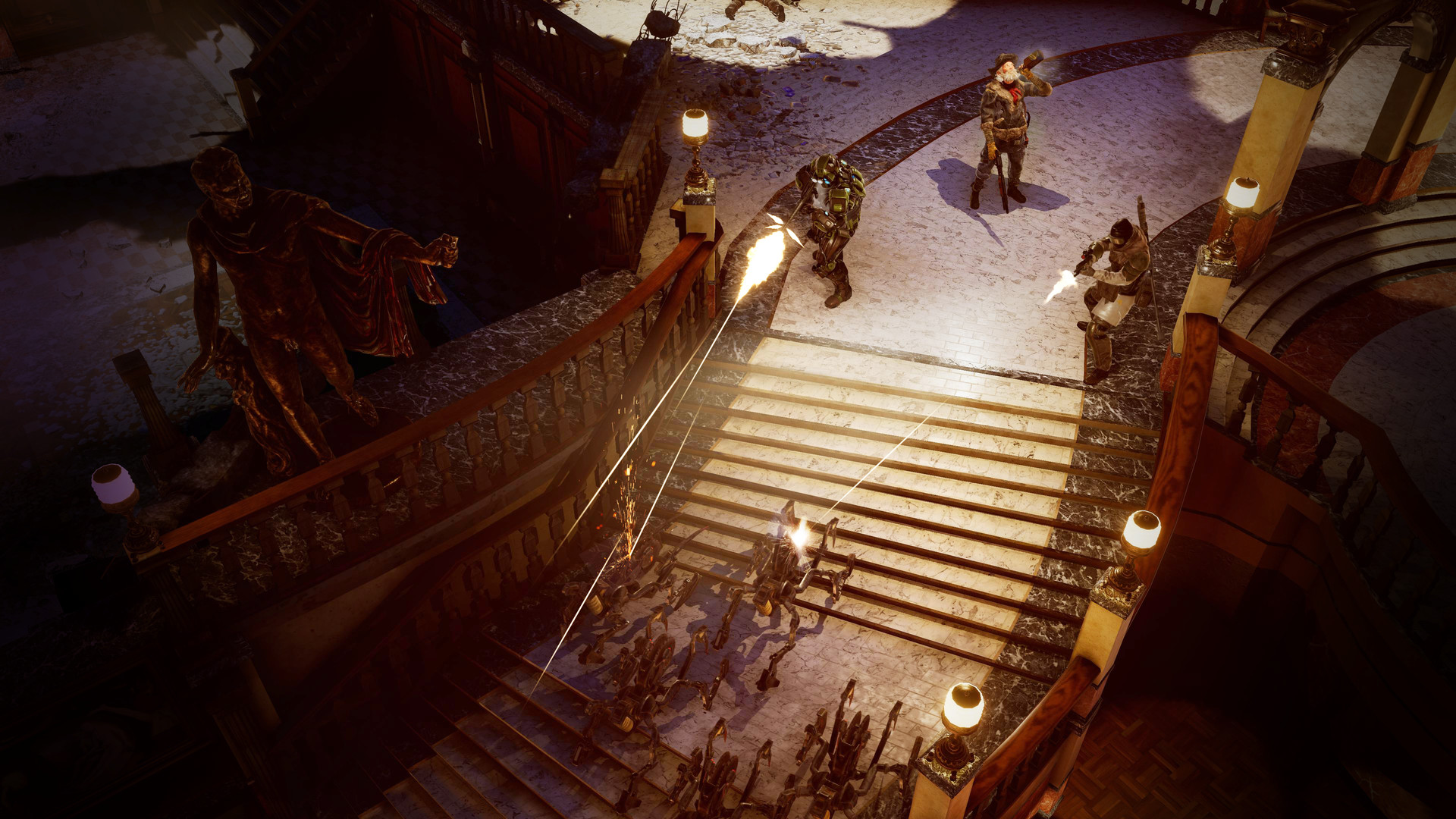 Missions can be tackled together, though both players can also go off in different directions and do completely different things. Actions taken by one player can have a impact on the other, even when the other player is offline. For instance, one player might align themselves with a faction, while the other might go against that decision and attack that faction, which would lead to that faction appearing at the Rangers’ HQ and demanding explanations.

Co-op is also drop-in / drop-out, which means the game carries on even if one of the players goes offline. Players can go online or offline whenever they wish, though the when player co-operative, the campaign has some sections that can only be accessed with both players online. In such situations, players can convert their save file to a single player campaign and continue progress that way.