Creative director Jonathan Morin clarifies details about the PS4 demo at PAX and the controls.

Watch Dogs is nearly upon us and creative director Jonathan Morin recently discussed lots of new details about the upcoming open world hacking adventure, especially in the wake of the recent PAX East demo that was showcased.

Regarding the demo: While earlier reports stated it was the PS4 version, Morin later clarified that he wasn’t sure, especially with some users stating that it was the PC version. There is the possibility that it’s running on a PS4 dev kit, so we’ll need to wait for confirmation. The demo also isn’t the finished game but pretty close.

No information has been given on the PS4 and Xbox One versions’ resolutions and frame rates but Morin did say that he “played the version and it felt right. Constant smooth frame rate & great visuals.” Both versions sport screen space reflections and depth of field, with the aiming controls being Left Trigger for Aiming and Right Trigger for Shooting. The stick was used to control the camera.

Those hoping for some kind of GTA-style insanity with cheat codes will be disappointed as Watch Dogs has none of that. Interestingly, you’ll have plenty of ways to exploit technology in the game and it will serve as a mirror to see just what players do with it. The dev team is currently focused on dynamism, density, depth and freedom for the open world aspects. Information about the season pass will be coming later, so stay tuned for that. Morin also said he didn’t hear any news about the Wii U version releasing this fall, even though a Ubisoft rep stated as much recently.

And what about the giant mecha spider we’ve seen in the trailer? 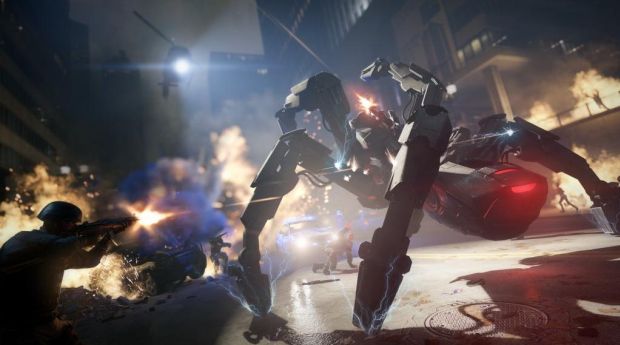