Experience the past and the future of Watch Dogs together.

With every new AAA release come multiple new limited, ultimate, collectors, and what have you editions to buy. That’s something Ubisoft in particular likes to dabble in, and they will, of course, be doing so with the upcoming Watch Dogs: Legion as well. Over at their official website, they have detailed what these editions will entail.

Beyond the standard release, there will be three additional options to choose between, and each of these will include the season pass for the game. This will, of course, include new content, including a story expansion, extra missions, and 4 unique playable characters. On top of that, however, the season pass will also include a copy of the first Watch Dogs.

Other contents of the Gold, Ultimate, and Collector’s Editions have also been detailed. You can check out the full details via the images below.

Watch Dogs: Legion releases for PS4, Xbox One, PC, and Stadia on October 29. It will release for PS5 and Xbox Series X later in the year, and will support Smart Delivery on Xbox. The game’s creative director spoke about how its delay ultimately helped the developers improve upon the game’s key ideas and mechanics- read more on that through here. 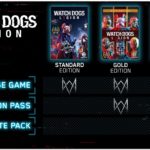 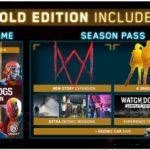 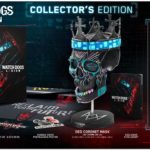