Fight the city, using the city in the latest gameplay trailer.

Ubisoft Montreal has revealed a new trailer for the upcoming Watch_Dogs, its open world action game where you play as Aiden Pearce and can hack into any computer in the city to work for you. The newest trailer shows how Pearce uses the systems within the city to fight off his enemies – along with the good ol’ fashioned fire arms, of course.

Check out the below screenshots for more details on said editions, which can be pre-ordered at the indicated retailers or online at the UbiShop. 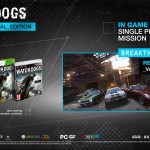 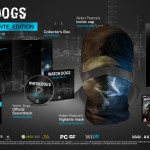 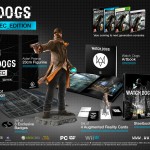 Watch_Dogs game is scheduled for release on November 19th in North America and November 21st in Europe for PC, Xbox 360, Wii U, and PS3. It will also serve as one of the launch titles for the PS4.