Cars, essentially. And rather nice cars at that. 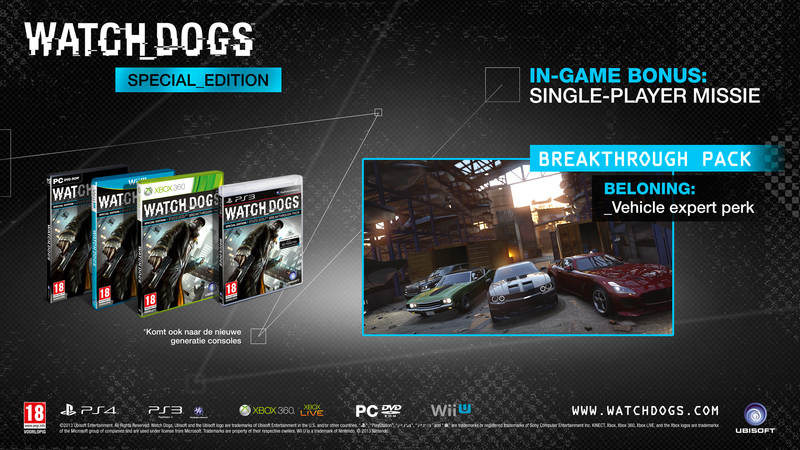 Ubisoft Montreal’s Watch_Dogs has a special Breakthrough Pack with its special edition. The developer recently explained that this will add a single-player mission. It involves the Chicago Club meeting with CEOs of large companies, and hiring special scramblers to block any information leaking about the meeting.

Players must thus race through the city and take out the scramblers while uploading names and photographs for those attending the meeting. Completing this will net you the Vehicle Expert perk, which allows you to pick up free vehicles from an underground car contact while availing discounts on exclusive cars.

The Pack seems to include some exotic cars to use as well, which have been identified as the Bentley Continental GT, 1970’s Dodge Challenger, Chevy Camaro and Maserati Granturismo from the above screenshot.

Watch_Dogs will launch with the PlayStation 4 this Holiday season but is also confirmed for release on Xbox 360, PS3, PC and Wii U by the Q4 2013.